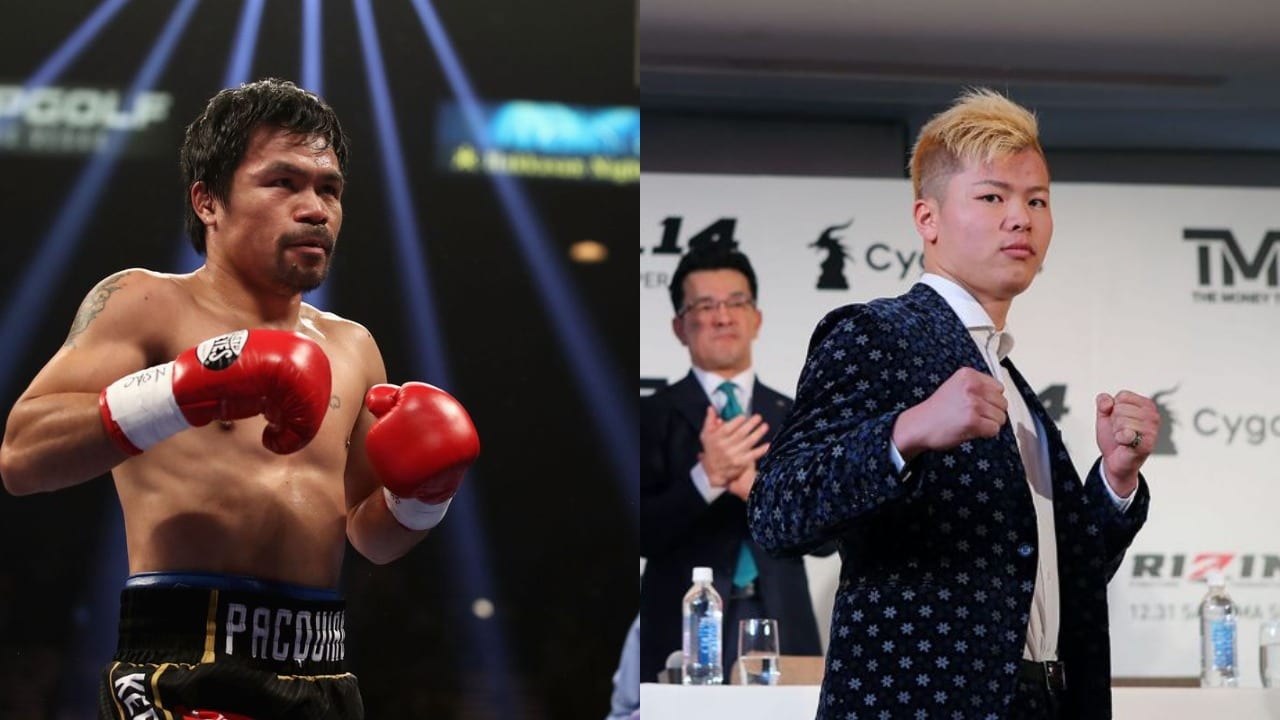 Manny Pacquiao’s RIZIN role was revealed by the promotion on Tuesday.

This came after RIZIN president Nobuyuki Sakakibara teased a deal with the boxing legend over the weekend. As a result, it led to some speculation as to whether Pacquiao would fight for the promotion.

It turns out that he won’t. He will serve as an ambassador for the next fighter to take on Tenshin Nasukawa. Sakakibara hosted a press conference in Tokyo where it was revealed the deal that they signed with Pacquiao doesn’t involve the boxing legend entering the ring to fight.

It was also noted that Fritz Biagtan would take on Nasukawa in a kickboxing bout at Rizin 15 on April 21:

“This is not a fight contract,” Sakakibara said (H/T to MMAFighting). “This agreement was made based off of Manny Pacquiao supporting the young Filipino fighter who will be fighting Tenshin Nasukawa. It seems as the deal was made more of an ambassador role for Filipino fighters to get bigger opportunities.” Even though the current deal doesn’t include boxing matches, Sakakibara doesn’t rule out securing a separate deal in the future.”

Sakakibara wouldn’t rule out having possible talks with Pacquiao about a possible exhibition match.

“I would (definitely) be interested in talking to Manny about a possible exhibition match, but we are not quite there yet,” Sakakibara said. “But if it happens, I don’t think it would be against Tenshin. We learned a lot from dealing with Mayweather. If anybody were to fight Manny in an exhibition, it would have to be (Takanori) Gomi.”

The young Japanese sensation recently shared the boxing ring with one of the greatest boxers of all-time in Floyd Mayweather. He lost by first-round TKO in December but rebounded with a spectacular knockout win in his return to kickboxing in March.

Nasukawa offered his thoughts on the bout:

”My opponent is a fighter that Manny Pacquiao will support,” Nasukawa said. “I know he will be an extremely tough opponent. I do not plan to take this lightly, but I am in the middle of the RISE tournament so I don’t have time to be losing to anybody right now.”