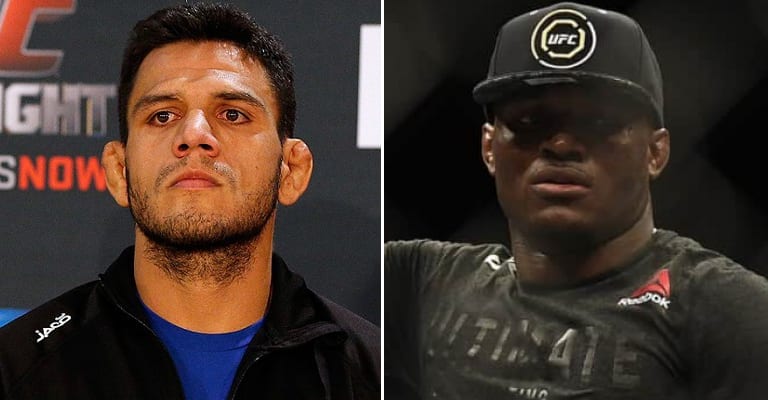 The bout was supposed to headline the event, however, Usman’s manager Ali Abdelaziz replied on Twitter that he heard no word of the fight:

This is news to me my man

Former lightweight champ dos Anjos was last seen losing an interim title bout to Colby Covington in the co-main event of June’s UFC 225. He had previously been on quite the tear since moving up to welterweight, winning three straights bouts at 170 pounds.

Meanwhile, the dominant Usman was last seen dominating former title contender Demian Maia in a lackluster unanimous decision win in Santiago, Chile, this May. The 17-1 contender has won all eight of his UFC match-ups since debuting as the TUF 21 champion in 2015.

Usman has had a long-standing beef with former interim champ Colby Covington, who was stripped of the second-place title when the Tyron Woodley vs. Darren Till title fight began at last week’s UFC 228.

We’ll keep you updated on this potential match-up.