LowKickMMA.com
Home Boxing News Mahmoud Charr reveals agreement is in place for him to fight WBC... 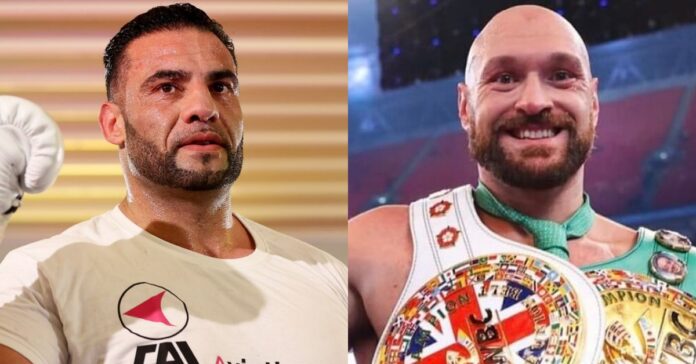 Amid continued speculation regarding a potential all-British blockbuster between WBC heavyweight champion, Tyson Fury, and former titleholder, Anthony Joshua this December, former WBA heavyweight titleholder, Mahmoud Charr has revealed he has an agreement to share the ring with three Frank Warran promoted boxers – one of which is, in fact, Fury.

Charr, a former WBA heavyweight champion, won that crown with a November 2017 win over Alexander Ustinov, before making his return back in May with a non-title bout knockout win over Nikola Milacic in Hamburg.

Over the course of the last two weeks, however, speculation has ramped up regarding a potential, long-awaited clash of current WBC champion, Fury, and former champion, Joshua before the end of this year.

Reports detailed how contract offers had been made for a potential Cardiff matchup at the end of this year, however, Fury imposed an un-official deadline of 5pm GMT on Monday of this week for Joshua to sign the deal.

With the imposed d-day come and gone, Fury has claimed Joshua has missed his opportunity to finally share the squared circle with him.

However, an unlikely candidate to potentially emerge and face Fury is the aforenoted, Mahmoud Charr, who claims he has an agreement to fight the above mentioned, Warran’s heavyweights, including Daniel Dubious, recent winner, Joe Joyce – and even Fury.

“I hope so,” Mahmoud Charr said during an interview with Boxing News. “I am waiting to see if Anthony Joshua responds and signs for that fight. I think if he doesn’t, Tyson Fury has to fight me. I am ready.”

“I have a signed agreement to fight the three (heavyweight) fighters of Frank Warren,” Mahmoud Charr continued. “I have the option to fight these three fighters: Tyson Fury, Daniel Dubious, and Joe Joyce. I am ready to fight any of them but Tyson Fury is the first round I would pick. I want Tyson Fury.”

On his official Instagram stories, Fury added fuel to the proverbial fire on a fight against Charr, labelling the Beirut puncher as a fighter with “desire”.

“Looking forward to fighting a man who wants to fight & has fire & desire,” Tyson Fury posted. “Fought some of the best fighters & now stepping up again! Get in there (Mahmoud) Charr.”