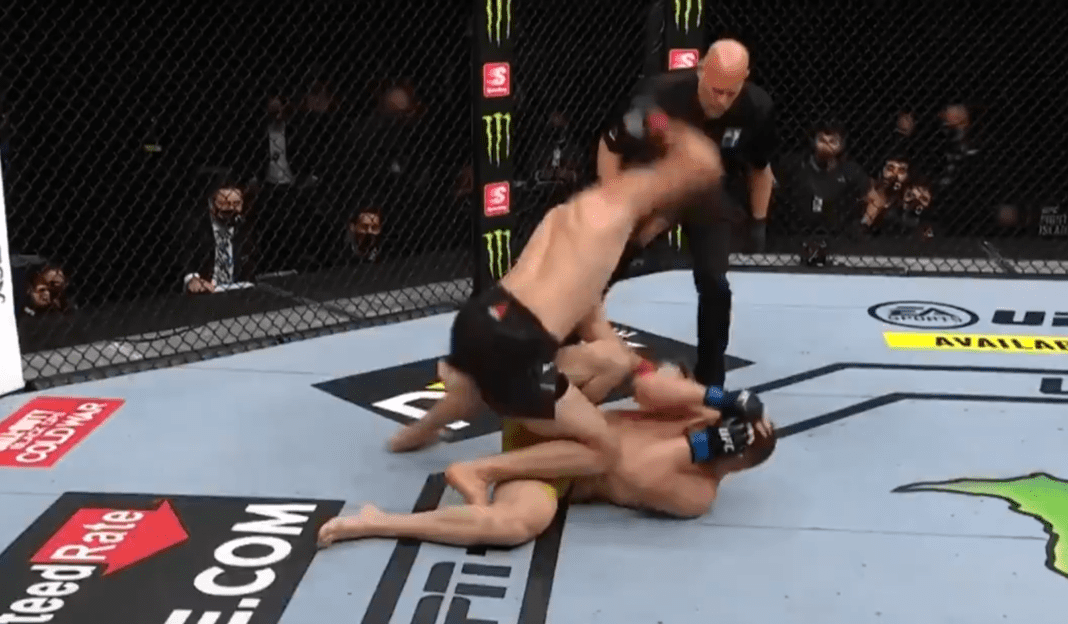 The rivalry was settled at UFC 254 after Magomed Ankalaev finished Ion Cutelaba in round one of their long-awaited rematch to open the main card.

After fighting a very technical round picking his shots Ankalaev found the cross that would put Cutelaba down and spell the end as he finished him with ground and pound.

The pair squared of initially at UFC Fight Night: Benavidez vs. Figueiredo earlier this year in March. That matchup ended in controversy as the referee called the fight after seeing Cutelaba appear injured on the feet.