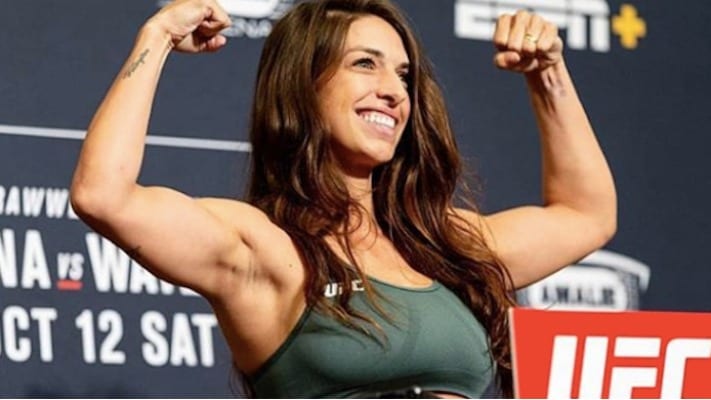 Things didn’t go according to plan for jiu-jitsu ace Mackenzie Dern at UFC Tampa over the weekend. Dern was bested by Amanda Ribas on the main card via unanimous decision at 115 pounds.

The defeat marked the first of Dern’s professional mixed martial arts (MMA) career. Shortly after, Dern took to Instagram to issue out a statement to her fans. Here’s what she had to say.

“No excuses! Wins and losses are part of life! Thank you to all my family, my coaches, my sponsors and all the fans that continue to believe in me! I have so much ahead of me! Congrats to Amanda for the fight!”

Dern now sports a 7-1 MMA record, as Ribas improves to 8-1. Ribas is also a high-level Brazilian jiu-jitsu black belt, so it was no surprise to most fans that the majority of the fight between the two strawweights remained on the feet. Ribas is slowly emerging as a star within the UFC herself with her infectious energy and impressive skill inside of the Octagon.

It will be interesting to see who both Ribas and Dern are booked up against upon their return to action.

What do you think about Dern’s comments following her loss at UFC Tampa?