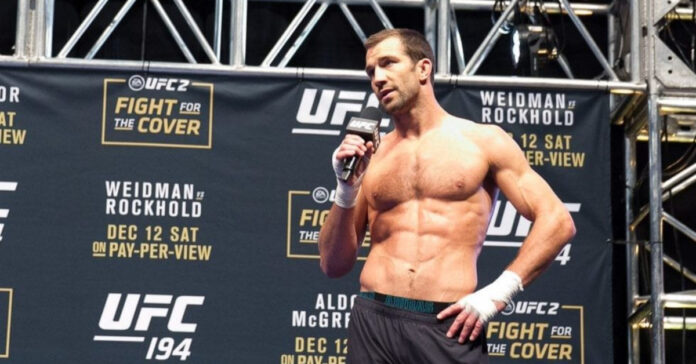 In a recent interview, former UFC middleweight champion, Luke Rockhold did not hold back when discussing the UFC’s pay structure stating” “$50,000 bonus checks? What the f*** is this? People need to wake up.”

No matter what they do, the UFC cannot rid themselves of the fighter pay conversation, drawing huge criticism from media, fans and fighters.

The newest to join in on the conversation is Luke Rockhold, the former 185lb champion who did not mince his words when discussing the structure of pay, and was especially critical of the bonus system the UFC implements.

The bonus system is following any Fight Night or PPV card, the promotion, usually Dana White, will announce the winners of the ‘Fight of the Night and the ‘Performance Of the Night.’ The winners of these will be awarded $50,000, but on some occasions, White has raised this and given up to $75,000-$100,000.

For some fighters, this award is sometimes more than their actual fight purse, and Rockhold is not a fan of this system.

“Remember when they were doing $100,000 bonuses when Jake Shields fought Georges St-Pierre? Now we’re still stuck on $50,000 bonuses. I mean how many billions have we gone up in valuation since that fight — and we’re still tracking backwards and they’re still f****** us on pay.“

While $50,000 is a lot of money, Rockhold feels it is far from enough for the work that many fighters put in especially considering how much the UFC is worth.

Do you agree with Luke Rockhold?