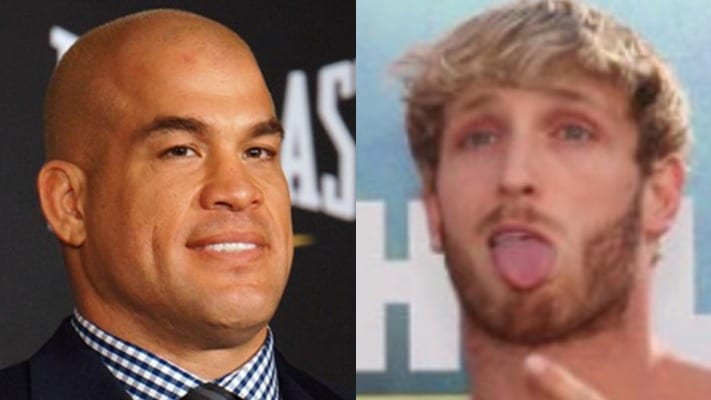 YouTube sensation Logan Paul is serious about transitioning to the world of mixed martial arts (MMA).

Paul recently boxed fellow YouTuber KSI professionally in a rematch earlier this month. Although he suffered a split decision defeat, Paul has been encouraged to enter the world of MMA owing to his college wrestling background.

And he claims he has already been discussing that prospect with former UFC light heavyweight champion Tito Ortiz.

“We were talking about MMA honestly,” Paul told DAZN. “Boxing is cool, but I feel like my future is in MMA… I will be fighting a third time.”

Ortiz backed the YouTuber’s comments up but wants to make sure Paul is fully ready before he dives into another combat sport.

“When a young guy like that who happened just to have a bright mind and strong and wanna work hard, it’s good to see,” Ortiz said in a recent interview (via BJ Penn). “You wanna make sure you build guys the right way.

“When they’re young, they gotta be built the right way, they gotta do the right things so I couldn’t give an opponent. I wanna make sure how good he was in MMA in general.”

It’s not clear how Ortiz plans on introducing Paul to the sport. Maybe there could be some collaboration with Combate Americas? After all, Ortiz is facing Alberto El Patron in the promotion’s December 7 event.

But given Paul’s star power, it would make sense for him to compete in the UFC. Especially if CM Punk was able to do it.

What do you think of Paul entering MMA?