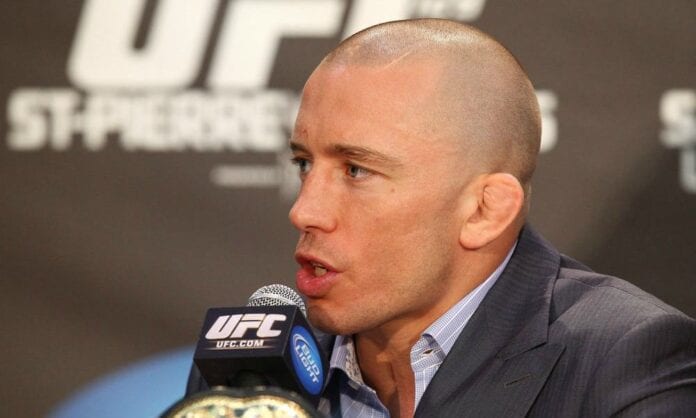 The MMA universe was dealt some much-needed news when it was officially announced that longtime welterweight champion Georges St-Pierre would return to face middleweight champion Michael Bisping for the 185-pound title in the second half of 2017.

The UFC is in desperate need for pay-per-view stars – accentuated by Khabib Nurmagomedov’s issues today – and a title fight featured arguably the greatest fighter in UFC history against one of the most popular middleweights, although causing a minor uproar among hardcore fans, is going to be a huge fight nonetheless.

As expected, “The Count” got the trash talk started early with a message for St-Pierre, and that will only continue when the two meet up in Las Vegas for St-Pierre’s first public presser since he announced his return. Watch it all unfold live starting at 5 p.m. EST here: