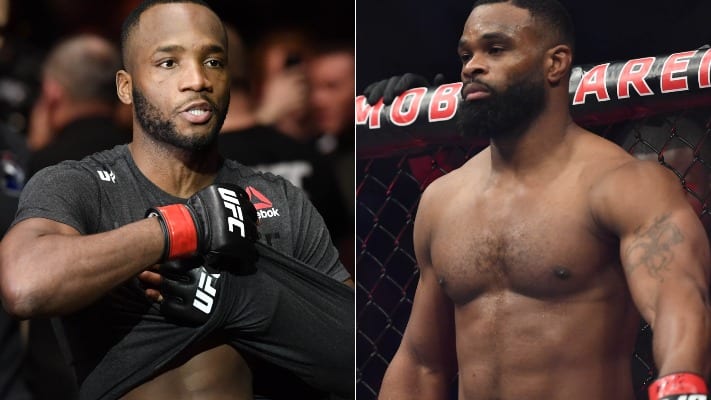 The fight goes down at UFC London on March 21 from The O2 Arena in London, England. Now, Edwards has begun hyping the fight by starting some trash talk with Woodley, taking a shot at “T-Wood’s” rap career. “Rocky” posted a clip of Woodley’s music video with the following caption.

Woodley has not responded as of this writing. Their bout at UFC London will be Woodley’s first in over a year since losing the welterweight title to Kamaru Usman at UFC 235. Usman dominated Woodley for five rounds en-route to a lopsided unanimous decision win to capture the 170-pound strap. Now, Woodley will attempt to bounce back against a streaking contender such as Edwards.

Edwards is currently on a eight-fight win streak. A win over a former champion in Woodley, increasing his winning streak to nine-straight, would all but seal up a title opportunity. However, Jorge Masvidal has also forced himself into the title conversation with an epic 2019 run. It will be interesting to see how things play out in 2020.

What do you think about Edwards’ jab at Woodley’s rap career?