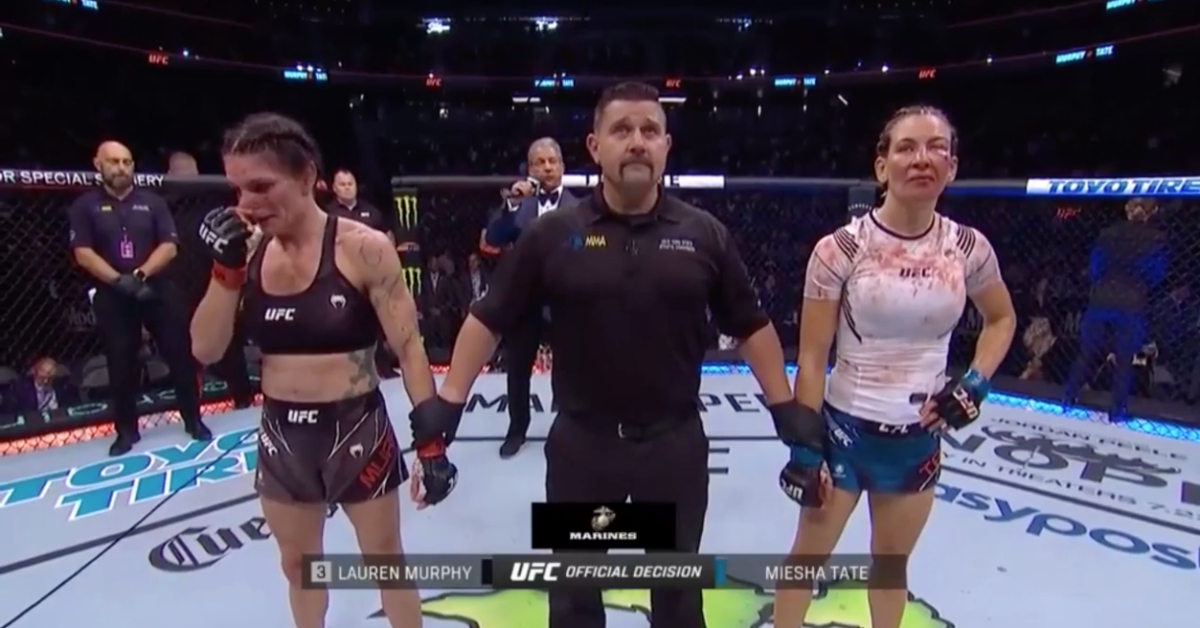 Lauren Murphy, who challenged Valentina Shevchenko for undisputed flyweight gold back in September of last year in the co-main event of UFC 266, suffered a fourth round high kick and subsequent strikes knockout loss to the Krgyzstan native.

Facing former undisputed bantamweight champion, Tate in the main card opener of UFC Long Island tonight in New York, Murphy managed to knock back the Washington favorite in her first outing at the flyweight limit, turning in a rather one-sided judging win.

Bloodying the nose of Tate in the second round, Murphy also appeared to cause a rather significant eye injury, or swelling at least beneath the left eye of the former titleholder courtesy of an elbow.

Offering to fight the victor of an expected Manon Fiorot x Jessica Andrade/Katlyn Chookagian fight in the future, Murphy has set sights on landing another crack at dominant division queen, Shevchenko.

Below, catch the highlights from Lauren Murphy’s eye-catching judging win against Miesha Tate