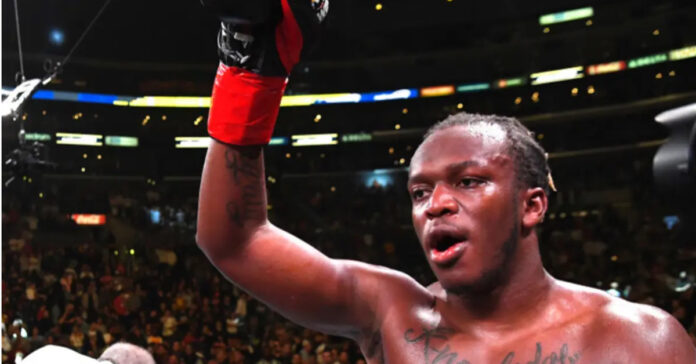 YouTuber-turned-boxer KSI will be boxing two people on the same night, on August 27th

KSI will go toe to toe with rapper, and semi professional futbol player, Swarmz in the first bout. He then announced that he will also be facing off against a professional boxer, Ivan Nikolov. KSI hasn’t boxed since he fought Logan Paul back in 2019, winning the bout by decision. Ince that fight, KSI has been focusing more on YouTube and his potential rap career.

KSI was supposed to box against another YouTuber, Alex Wassabi. Wassabi had to pull out of the fight, causing Swarmz to step in for the YouTuber. The Fight will take place on DAZN as a Pay-Per-View. Wassabi also beat KSI’s brother, Deji, earlier this year.

Nikolov has a professional record of 3-16-2, and predominately boxes prospects that are looking to fluff up their record.

“Yes, you heard that right ladies and gentlemen,” KSI said. “I, KSI, will be fighting two people, on August 27th. I mean, that alone should enough for you to want to buy the pay-per-view on DAZN. Two for the price of one ladies and gentlemen. I mean, are you not entertained? It’s never been done before in YouTube boxing.” (Transcribed by BJPenn.com)

It seems as if KSI will be opening the event, and closing the event, with the Main Event of the evening being against Nikolov. The matches will be taking place at the O2 Arena, in London, England, which is also KSI’s hometown. KSI had turned down an offer to fight Jake Paul on the 27th, making fans criticize him for not taking the fight. Paul had poked fun at the YouTuber for taking the fight against Swarmz, and not against him.

Are you excited for the two KSI matches?