LowKickMMA.com
Home Bellator News Kimbo Slice: Shamrock Put His Hands On Me, That’s Something I Never... 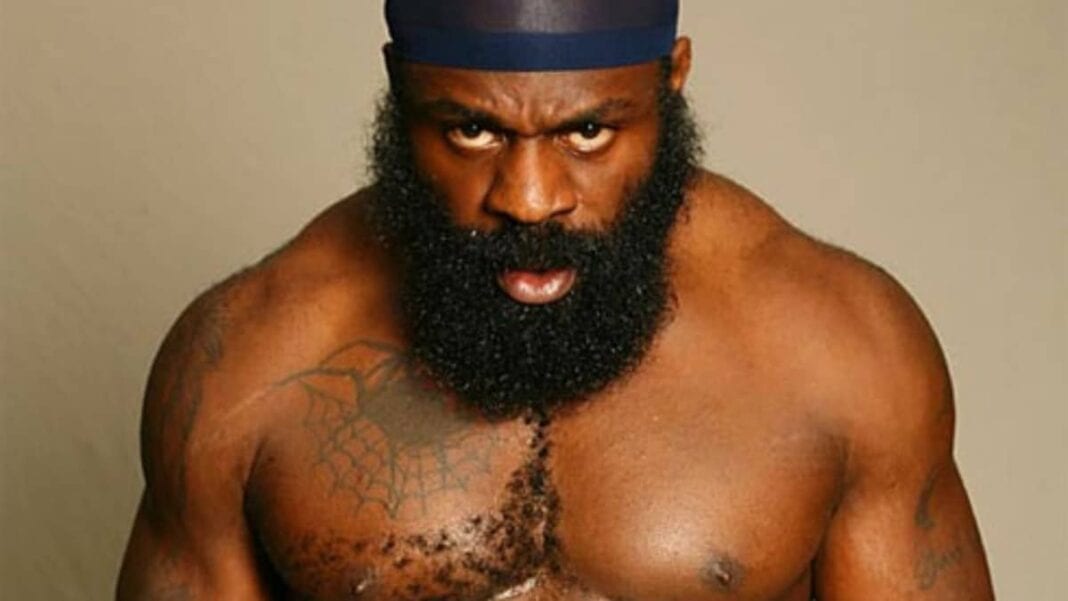 As comical, and circus-like as it may seem, a 51-year-old Ken Shamrock, and a 41-year-old Kimbo Slice will really meet in the main event of this Friday’s (June 19, 2015) Bellator 138. Neither man has competed since 2010, no one is expecting a high level mixed martial arts (MMA) contest, but millions will likely tune in. How could you not?

Although rivalries are often used in MMA to promote, and sell tickets, it seems as if Slice and Shamrock have a strong, and genuine dislike for each other. Their history goes way back to 2008, when the two were scheduled to meet at EliteXC: Heat, but Shamrock pulled out the day of the fight due to a cut he suffered warming up.

Slice subsequently met Seth Petruzelli in the main event, getting knocked out in 14-seconds. Speaking with MMAJunkie Radio on his resentment towards Shamrock, Slice said that Shamrock cut himself because he was scared, and ended up causing Slice his first loss. The former YouTube streetfighter added that Shamrock pushed him, something he’ll never forget:

“Shamrock put his hands on me,” Slice told MMAjunkie Radio. “That’s something I never forget. You push a guy in the back, that’s just something you don’t do. Another thing he did was he cut himself to avoid fighting me. And that was the reason for my first loss. I have it out for this guy.”

Having not fought in five years, and clearly being passed his prime, fans may not be sure what to expect from Slice. However, he claims that he’s actually evolved quite a bit over the years, adding a ground game to his devastating hand power he put to use on the streets way back when:

“My last fight I wasn’t,  I would say, MMA savvy,” Slice said. “I didn’t have much to really depend on in the past. Over the years I’ve developed a ground game, I’ve developed some takedowns and I’ve developed some defenses to it. In the past I was just relying on my striking. I thought my striking would just be my bread and butter throughout my career, not knowing or realizing that this is real MMA and these guys are MMA fighters and I had to be a little bit more versatile. I took the time to develop some ground game over the years. My fight game is different. I spend more time on the ground now than I would standing up.”

That is quite interesting to hear, as Shamrock is known mostly for his ground game and his submissions. However, Slice isn’t worried about Shamrock, saying that he wants to mad dog his opponent, not get in there and play patty cake:

“I want to kick his ass,” Slice said. “My mind has always wanted to kick Ken Shamrock’s ass. To get in there and mad dog him. I’m not trying to be his friend in there, walk around the ring and play patty cake. That’s not happening.”

Although I’m not sure what to expect, this Friday sure will be exciting.