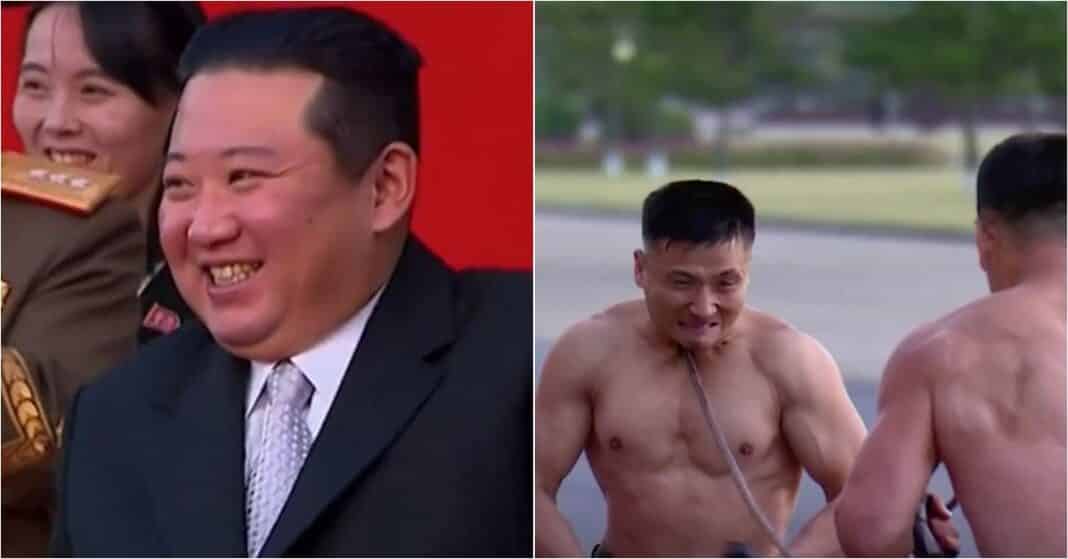 North Korean dictator, Kim Jong Un, as well as numerous other military personnel, officials and members recently watched from a raised vantage point as soldiers from the North Korean military broke blocks with their heads, lying in broken glass and breaking themselves free from chains during a martial arts display.

The propaganda event celebrated the 76. founding anniversary of the Worker’s Party of Korea (WPK) — the party Un currently resides over.

Titled as ‘Defence Development Exhibition Self-Defence 2021’ and aired on the state ran North Korean television station, KRT, Un watched from a raised elevation as soldiers participated in bizarre feats of strength, which included breaking themselves from chains, lying on glass, as well as breaking blocks and bricks over their heads, and throwing knives.

Soldiers also lay on beds of nails, while other participants broke cinderblocks and bricks on their bare chests using sledgehammers. 2×4 boards were also broken using taekwondo techniques, as well over the backs of the soldiers.

Amused by the propaganda display from the participating and attending soldiers, Un smiled, applauded, and chuckled from his elevated position at the event. The dictator later claimed that it was “necessary” for North Korea to develop weapons in a bid to oppose hostile policies from the United States, as well as prepare for a military build-up in bordering South Korea, as reported by the state media. (H/T BloodyElbow)