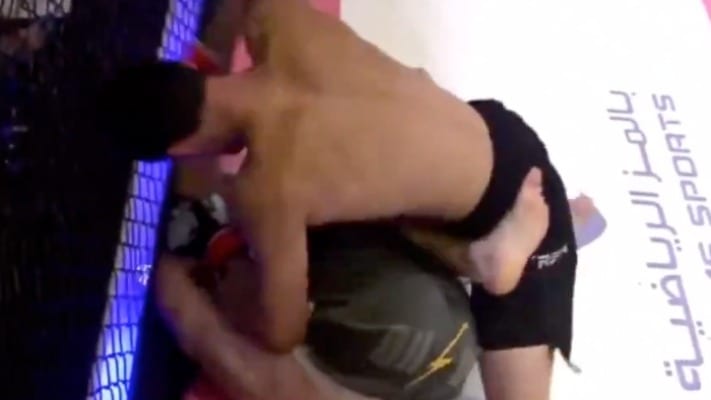 The Nurmagomedovs continue to dominate in the world of mixed martial arts.

Usman, the cousin of UFC lightweight champion Khabib Nurmagomedov, needed just 40 seconds to get past Jerry Kvarnstrom in their featherweight bout at UAE Warriors 12 last night.

Nurmagomedov was notably in attendance to corner his cousin.

And much like him, Usman delivered a mauling as he landed a number of strikes before taking the action to the ground to pound him further.

In the end, Kvarnstrom had enough as he verbally tapped while Nurmagomedov moved to 10-0.

Another Nurmagomedov In The UFC?

Along with Khabib, other Nurmagomedovs in the UFC include cousins Umar and Abubakar.

Given Usman’s showing, it will only be a matter of time until he is the latest family member to join the Las Vegas-based promotion.

What did you make of his performance?