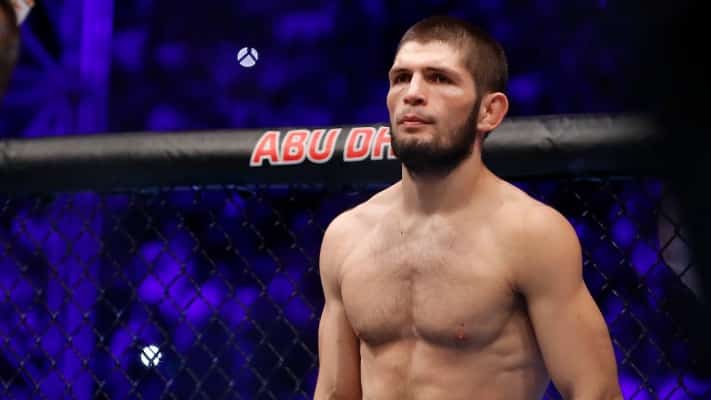 Many have criticized former UFC lightweight champion Khabib Nurmagomedov for his recent remarks ripping MMA ring girls, but he isn’t backing down and doesn’t regret anything he said regarding the topic.

Nurmagomedov originally said during an interview that ring girls ‘are the most useless people in MMA’, which was seen as defamatory by some in the combat sports world. However, Nurmagomedov doubled down on his statements during a recent appearance in the UK.

“A couple of months ago, someone asked me about why there are no ring girls in Eagle Fighting Championship,” Nurmagomedov said when asked about his promotion. “I said because I think there’s no reason for it. It’s my opinion.”

Everybody has their own views. I don’t care because, in my mind, I’m right.”

Nurmagomedov is arguably the greatest MMA fighter in history, right up there with Jon Jones, Georges St-Pierre, and others. He retired following his submission win over Justin Gaethje last year in Abu Dhabi, citing a promise he made to his mother following his father’s tragic death.

Nurmagomedov went on to hint that his upbringing was a major reason for his opinion on ring girls in MMA. Many current and former fighters, including Michael Bisping and Conor McGregor, weighed in on the matter shortly after Nurmagomedov made the remarks. Veteran UFC ring girls Jessica Palmer and Arianny Celeste also ripped him for his statements.

UFC flyweight champion Valentina Shevchenko defended the purpose of ring girls during the buildup to her fight against Lauren Murphy at UFC 266. She made the case that ring girls are part of the entertainment value of the UFC.

Despite the criticism that has flown his way, Nurmagomedov is staying true to himself and standing by his opinions and comments. Regardless of where you line up on the issue, Nurmagomedov is always an insightful presence in the combat sports world.

Do you agree with Khabib Nurmagomedov’s comments regarding ring girls in MMA?