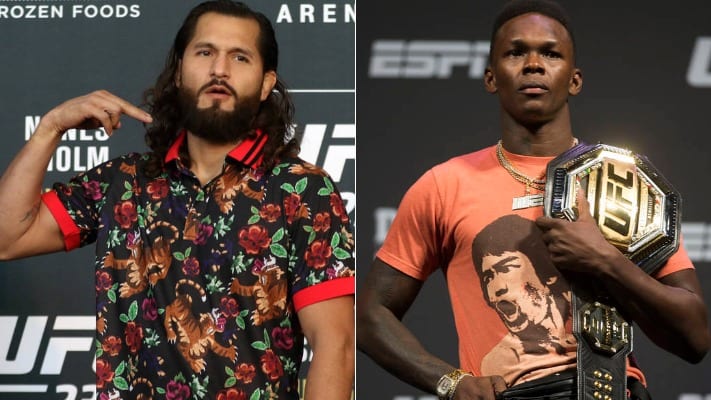 Masvidal is a popular candidate for the accolade in many people’s view after the breakthrough year that he’s enjoyed. He started it off with an emphatic knockout finish of Darren Till at UFC London. “”Gamebred” then followed it up with the fastest knockout in UFC history when he connected with a flying knee on Ben Askren in the summer.

Masvidal was later crowned BMF champion following his TKO victory over Nate Diaz last month as he cemented himself as the promotion’s biggest stars in the process.

But for Florian, Adesanya has still done enough to earn the title:

“For me, Masvidal you look at what he’s done this year, the way that he’s done it. Doesn’t get any better than that really,” Florian said on his podcast with Jon Anik (via MMA News). “But then Adesanya being the champion and then beating [Robert] Whittaker the way that he did. That classic against [Kelvin] Gastelum. The fact that he’s been undefeated.

“The fact that he’s done amazing things in the last two years and now really took it up yet another notch this year, and is a legitimate superstar in the UFC. It’s hard to go against one of those guys. Right now I’d be leaning towards Adesanya.”

It’s hard to disagree with Florian but at the same time, Masvidal certainly has a strong case.

What about you? Do you agree or disagree with Florian?