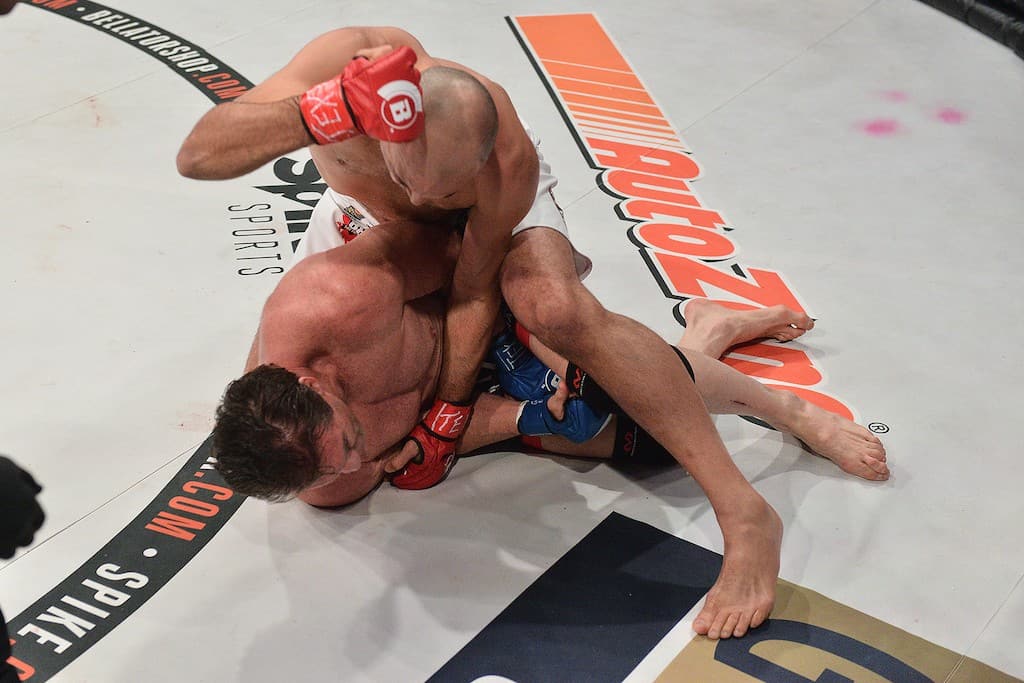 Ken Shamrock was pretty upset about how his Bellator 149 fight ended with Royce Gracie as he was kneed in the groin and then to the head, which saw him fall, and Gracie finished the fight with strikes. However, at the post-fight press conference, Shamrock seemed to calm down and be okay with how the fight ended.

“I got kneed in the nuts….I don’t know what else to say,” Shamrock said.

Shamrock made it clear though that it was not Gracie’s fault that the fight was stopped, but rather the referee’s fault.

“I apologized to Royce and his corner because it wasn’t his fault,” Shamrock said. “He was doing what he had to do. But I wanted this fight. It bothered me a lot, because I figured that in a main event fight with something like this, you have all those fans there, they’re waiting to see us end this our way, and all he had to do was stop and give me a chance to recover, tuck my nuts back in and go again.

“That’s all that had to happen. Instead, they call the fight? I mean, it was pretty clear to me.”

Shamrock believes that this feud is not over because that’s not the way he wanted the fight to end if he was Gracie. If he were Gracie, he would have given him time to recover and not finish the fight.

“In my opinion, it’s not over,” Shamrock said. “I wouldn’t want to win that way. If it was me, personally, if I had hit somebody in the nuts and they went down – I knew that I hit them in the nuts – I would probably put my hands up and go, ‘Sorry’ out of reaction, out of a reaction, out of courtesy. Out of a reaction, I would’ve went, ‘Whoa. Sorry, dude.’ and given him time to get his five minutes to recover. That’s what I would’ve done.”

Bellator 149: Shamrock vs. Gracie took place on February 19, 2016, at the Toyota Center in Houston, Texas. The event aired live in prime time on Spike TV.