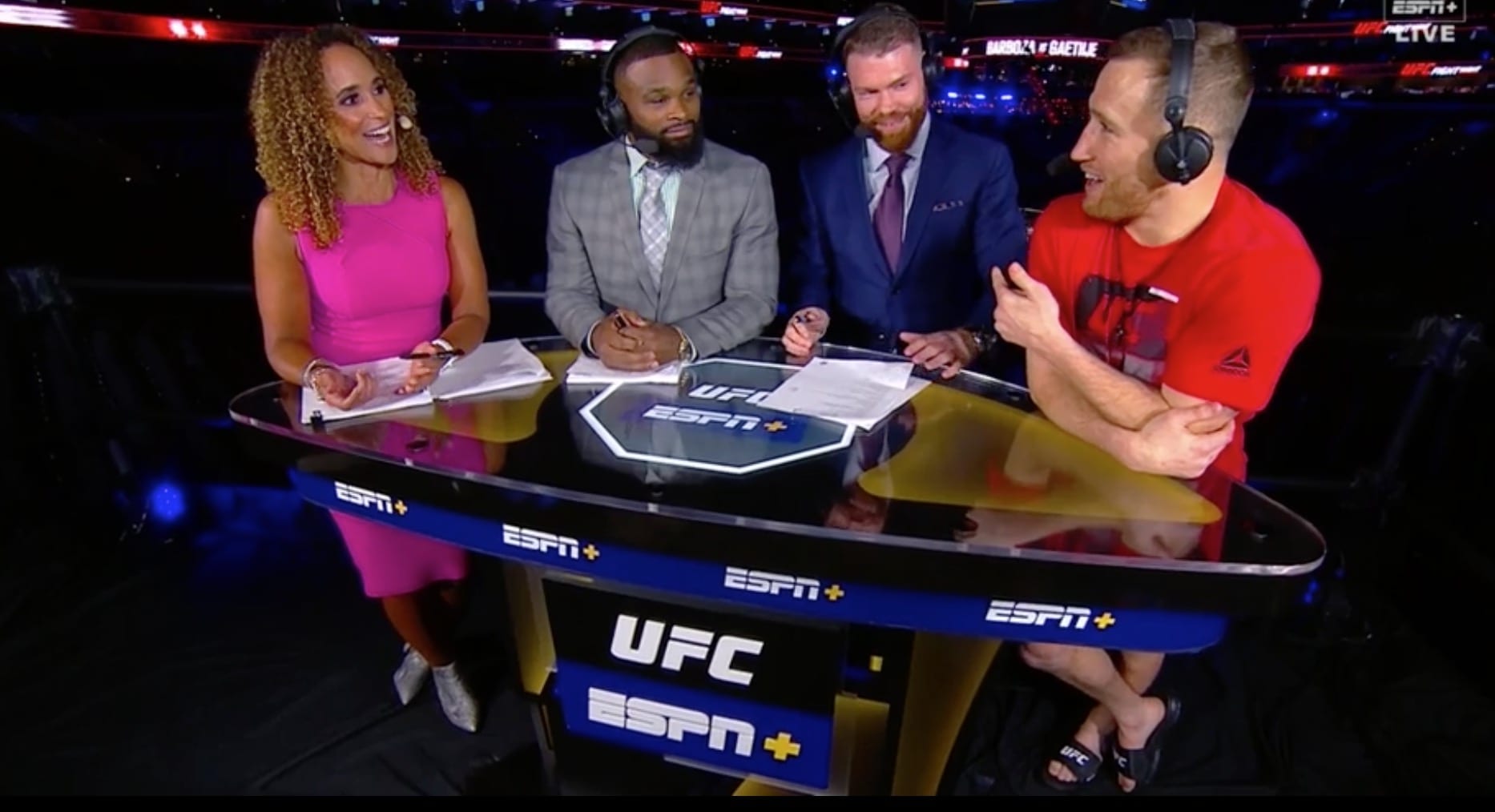 Justin Gaethje was upset with Karyn Bryant and Paul Felder following his first-round knockout of Edson Barboza in the main event of UFC Philadelphia.

According to both Bryant and Felder, they were just doing their job. “The Irish Dragon” was quick to point out that he had called for the winner of the UFC Philadelphia main event last month when he defeated James Vick.

literally said I wanted the winner of #UFCPhildelphia after my last fight. Then I have the winner standing NEXT TO ME.course I’m gonna ask

“If I didn’t people would say I didn’t have the balls to say it to his face,” he wrote on Twitter. “Well I do and I did. He is a stud! And I want to fight the best.”

If I didn’t people would say I didn’t have the balls to say it to his face. Well I do and I did. He is a stud! And I want to fight the best

Indeed, Felder did call is shot while standing next to Jon Anik in the middle of the Octagon during his post-fight interview last month. Take a look see for yourself.

Felder is still a bit new to the analyst role, and as such he sought out his ‘ opinion before proposing a possible fight with Gaethje. Once he got the thumbs up, Felder didn’t think any more about the legitimacy of his question.

“I feel like what I did was more respectful, because I mentioned his name,” Felder said. “His name has come out of my mouth when he’s not around, so when he’s there, it would be unprofessional and cowardly of me to not say the same thing to his face that I had already said on camera with the UFC.”

Felder made it clear that he isn’t mad at Gaethje for his perceived slight, however, the hateful tweets he has been getting seem to be coming from a misguided place.

“I get where Justin is coming from,” he said. “It’s just everybody else that needs to shut the (expletive) up. Justin is a fighter. He just knocked out an opponent – I might be like, ‘Hey, let me have my moment.’ That’s fine for him.”

Bryant indicated that the questions about matchmaking were initiated by the UFC. During the interview, Bryant brought up the rankings and how Felder and Gaethje’s names are right next to each other. It created a bit of an odd moment but Bryant insists it wasn’t malicious.

Gaethje was quick to point out his displeasure with the rankings.

“Now it is (at No. 8) because they keep dropping me down after winning,” Gaethje said.

Bryant replied, “You’re telling me that his spinning elbows and your style of fight wouldn’t make for…”

“You like this guy don’t you?” Gaethje continued. “Don’t get him beat up.”