LowKickMMA.com
Home UFC News Kamaru Usman claims Conor McGregor may come back but “he is done... 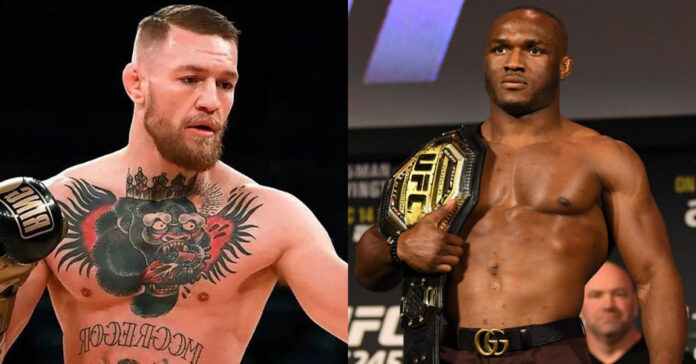 Former UFC two-division king McGregor is long past his glory days in the promotion. After suffering a horrific leg break injury in his last outing, McGregor has been on the sidelines in recovery. While a timeline for his comeback bout is yet to be determined, he has expressed interest in going up to welterweight for the title.

Kamaru Usman: Conor McGregor may come back but he is done as a champion

In an appearance on the “I Am Athlete” podcast, Usman shared his thoughts on “Notorious” fighting him for the 170 lb gold.

“He’s not necessarily done, but he’s done as a champion,” Usman said (ht MMA Junkie). “This is my perspective, because when I fight guys, I study their hearts. When I watch fights, I watch their heart and for me, he’s done. He’s done, because I don’t know whether the goal was to get the money.

Usman would be willing to fight McGregor

While Usman may not believe the Irish icon has the fire to become the UFC champion again, he would not mind scrapping it out with him inside the octagon.

“He could call me out, but that don’t mean he’s going to fight me,” Usman said. “It’s not necessarily that they protect him, because he’s bigger to where he can pick, where he can call his shots.