LowKickMMA.com
Home UFC News Kamaru Usman lashes out after being drug tested at 5 am 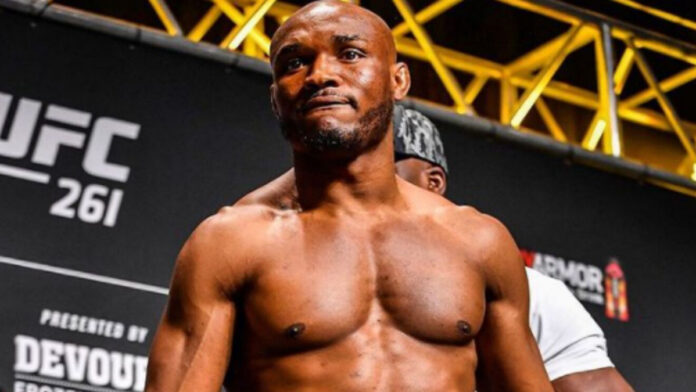 Kamaru Usman was not happy to be woken up early in the morning before his next his title defense.

The reigning UFC welterweight champion is set to take on Leon Edwards on Aug. 20 in the headlining bout of UFC 278 at Vivint Arena in Salt Lake City, Utah. It will mark a rematch nearly seven years in the making following their first encounter in Dec. 2015 where Usman had his hands raised by unanimous decision.

UFC athletes are subject to the promotion’s anti-doping policy. They may be randomly drug tested 365 days a year and are required to provide information of their whereabouts to the United States Anti-Doping Agency (USADA), which helps locate them for an out-of-competition test.

Usman took to social media to express his frustrations with the random early morning drug test, tweeting: “Dear @usantidoping there’s a reason u make us fill out our whereabouts. So U know where we are at all times. Disrupting our sleep at 5am is just plain stupid. Next time I’ll make you guys follow me around all day.”

Edwards is confident he will dethrone the champion

Kamaru Usman has proven to be a dominant champion lapping past the competition. He’s beat the top-ranked contenders twice after clearing out the division. Having already won over Edwards, Usman will go into the bout with confidence knowing he has what it takes to hand Edwards a loss again.

Meanwhile, Edwards also improved significantly since their first clash and remains confident he can dethrone the pound-for-pound number one.

“I’m not overcomplicating it to make it bigger than what it is, obviously it’s for the world title but this is my fourth main event for the UFC. I’m going in there to approach it as that, getting my revenge and also win the belt which is the bonus. That’s how I’m approaching it,” he said (ht Mirror).

“I think his wrestling and what he does is pretty basic, it’s nothing like Khabib [Nurmagomedov] or anything like that. He trains on being tough and the stronger opponent in the cage, but his last three opponents are all built like lightweights. I’m going to be one of the biggest guys he’s fought, a rangy southpaw that has great grappling.”

Who do you have for the fight, Kamaru Usman or Leon Edwards?