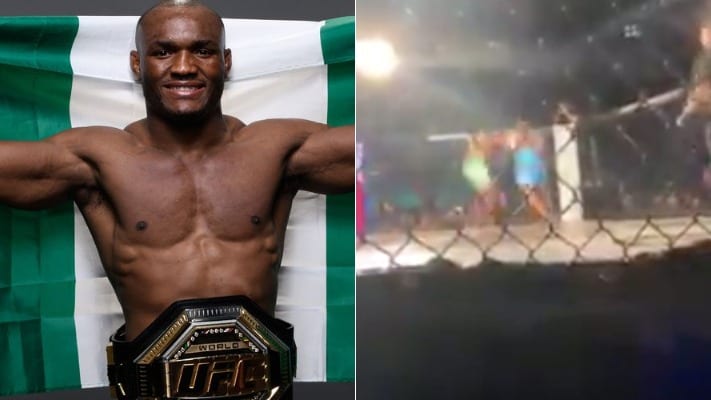 Usman took on Reggie Cato on the main card of the Titan FC 58 show. He landed a huge overhand that dropped Cato immediately. Usman jumped on for some ground-and-pound but the referee was quick to step in and stop the fight as soon as possible. Check out the big finish here:

His brother, Kamaru Usman, comes off of a big TKO win of his own. “”The Nigerian Nightmare” finished Colby Covington in the fifth round of their UFC 245 main event earlier this month after breaking Covington’s jaw midway through the fight. The win marked the first title defense of Usman’s championship run.

What do you make of Mohammed Usman’s big TKO victory?