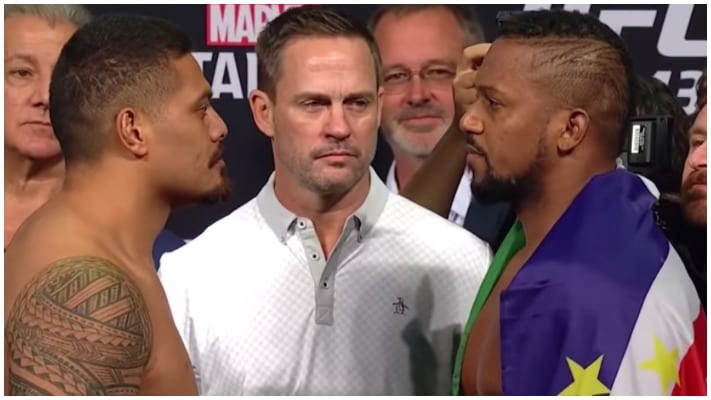 Opening up the UFC 243 main card is a heavyweight bout between undefeated UFC debutants Justin Tafa and Yorgan De Castro.

Round 1: The two heavyweights exchange strikes before getting into a clinch position with De Castro against the fence. They eventually separate before Tafa attempts a hook but is caught by De Castro first who knocks him out cold with a walk-off knockout to end the fight.