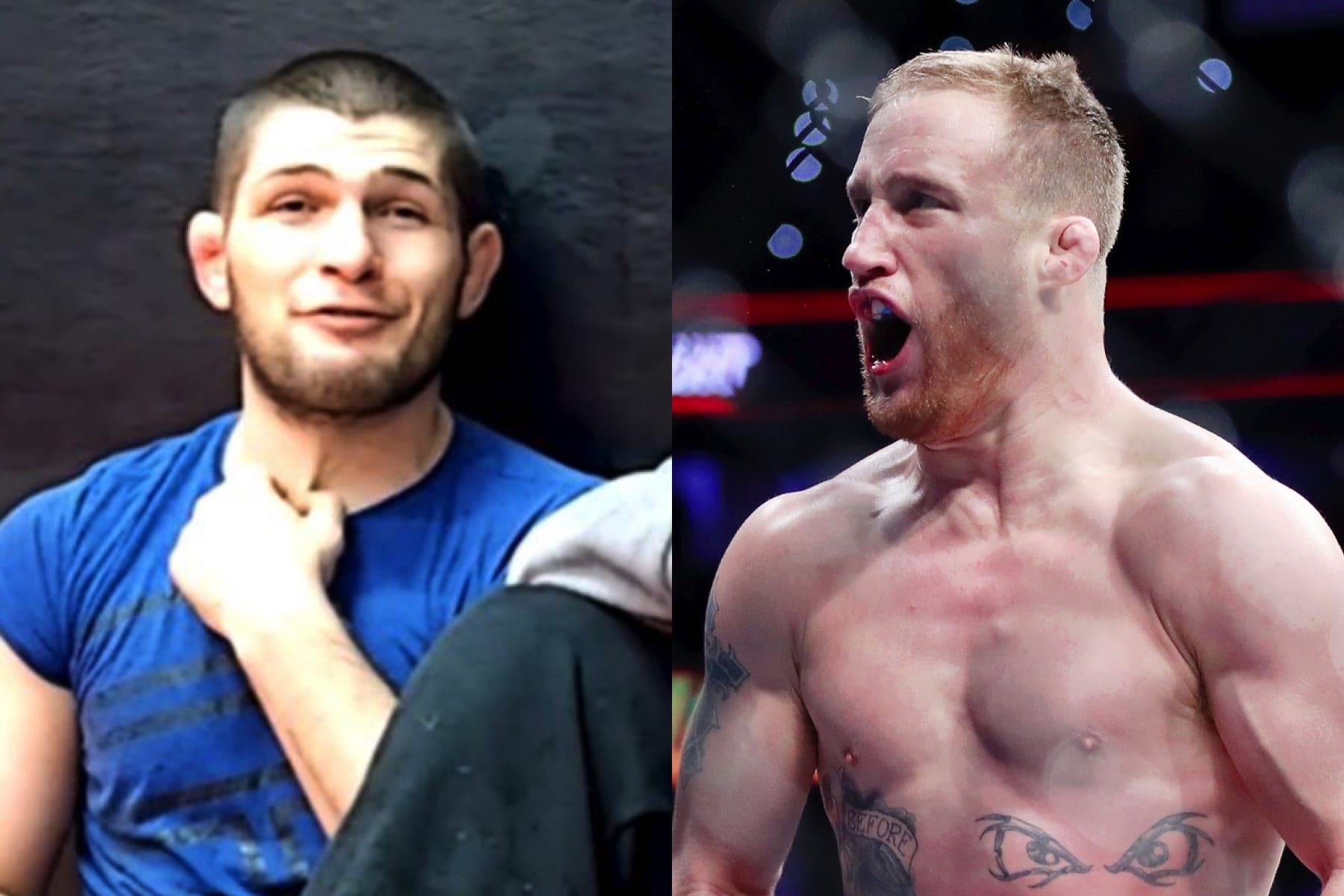 Gaethje is still riding high off of his victory over Edson Barboza at last month’s UFC on ESPN 2. “The Highlight” understands that in today’s MMA, how you win is nearly as important as if you win in the first place.

“I think a win like that, man — it’s all about how you win nowadays,” Gaethje said recently on The MMA Hour. “You’ve gotta win, but I won in very impressive fashion, and in this game that does a lot.”

The former World Series of Fighting (WSOF) champion made his long-awaited UFC debut in July of 2017 with a thrilling KO victory over Michael Johnson. While the performance definitely put Gaethje on the radar of casual UFC fans, he would go on to drop his next two fights to Eddie Alvarez & Dustin Poirier, respectfully.

“So you’ve got to ride those waves, and I was having so much success with the style that I was choosing to go out there and fight, because through my seven amateur fights and then through those first 18 [professional] fights in a row, I went out there with one goal, one intention — to create chaos — and I was 25-0. So you can say stuff all you want, but there’s no reason I would’ve ever tried to change that.”

“And once I fought the best guys in the world — Poirier is, bar none, I think, one of the best stand-up guys that there is in my weight class, and just technical-wise, his ability to take angles and stuff is just crazy. So to fight those guys is just crazy.”

Gaethje has made it clear that he will fight anyone so long as it makes sense. However, a fight with the reigning 155-pound champion is the match-up that he wants most.

While 27 men have tried to beat Khabib and 27 have failed, Gaethje believes his unique blend of stand-up skills coupled with his wrestling base would be the difference-maker should they ever meet.

“I think my wrestling credentials alone would benefit me so much in that fight, my ability to stop the takedown,” Gaethje said. “And I’m very confident in my stand-up, I’m confident in my coach and the gameplan that we would come together with and go out there and execute. I think with my athletic ability I’m a tough out for anybody.”

“My ability to scramble, create scrambles,” added Gaethje. “We’re sweating more [in MMA], I’m more slippery than people wearing singlets and wrestling in college or any wrestling match. So all those factors come into play when it comes to that grappling. And yeah, I’m not going to go in there to wrestle with him. I’m going in there to stop takedowns, and that’s what I’ve been good at this whole time. And in the clinch, I throw hard shots.”

“So you can’t fail or prosper without going out there and taking that chance, so I’ve gotta put myself in a position [to get the fight], and I think as opposed to anybody else at the top of this division, I would be the toughest out for him. No doubt. And it’s a challenge that I’m looking forward to.”

It’s a challenge that no one has been able to rise to so far. However, Gaethje thinks he already has the necessary team in place to help him rise to the challenge. And if the fight ended up being a 25-minute wrestling match, well then “The Highlight” insists he’s up to that challenge.

“Who knows, man. My wrestling coach is Ben Cherrington, 2006 national champion from Boise State, NCAA,” Gaethje said. “So I work with him twice a week, and if I was to get that fight, my training camp would be based around being in shape. I’m not saying I could beat him in a wrestling match, but a wrestling match is what I did my whole life. He’s not going to go out there and dominate me in a wrestling match.”

“What it comes down to is my cardio being up to par with his, and the ability for me to grapple in as many situations and get into as many scrambles as he’s able to get into because that’s where he breaks people. He gets you in the scrambles and you get tired. That is some tiring stuff. That’s why I avoid it because I don’t want to get tired — I want to try to knock him out. You can’t pin people in a fight and I’m trying to get out of there as soon as possible. So yeah, that would be my focus.”

“I would and will focus on that when I fight Khabib. I’m starting to do it now so that when I do get that fight, I can wrestle for 25 minutes if I need to.”