LowKickMMA.com
Home UFC News Junior Dos Santos Open To Pro Wrestling As Next Stage Of His... 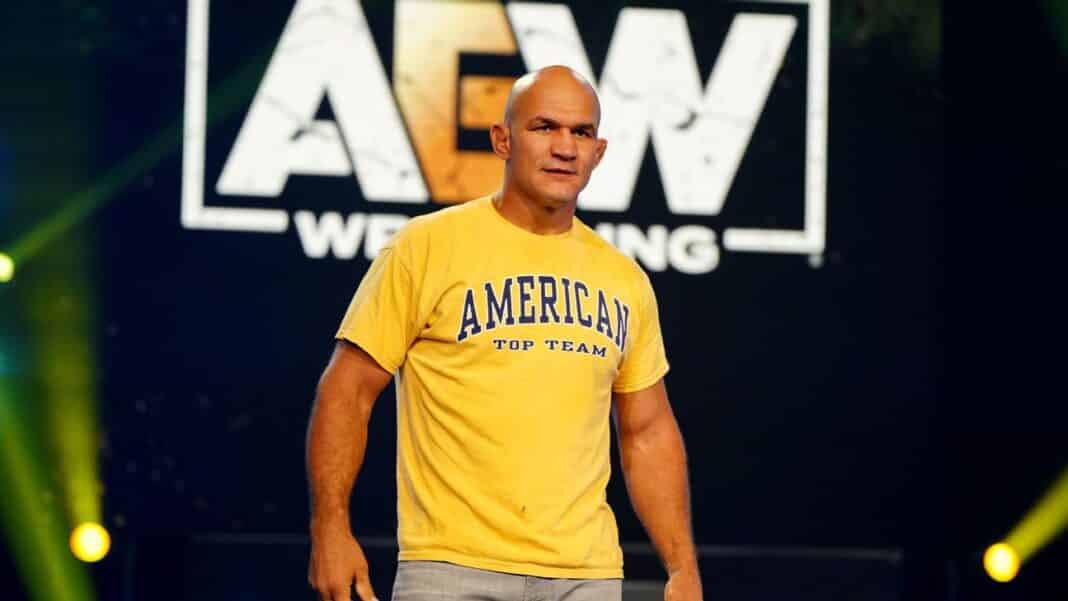 Former UFC Heavyweight champion Junior Dos Santos sat down with MMA Junkie this week and discussed where he was at in his career. While he considered a bunch of different avenues following his UFC release, we’ve seen Dos Santos on the television by way of the up-and-coming wrestling promotion AEW.

Dos Santos will make his professional wrestling debut Friday in a six-man tag-team match. He’ll partner with AEW wrestlers Ethan Page and Scorpio Sky against Chris Jericho, Jake Hager, and Sammy Guevara. While he hasn’t yet signed an official contract with the company, he is open to the thought of being a full-time professional wrestler.

“Not yet – but maybe.“The one responsible for this is this man right there, Dan Lambert. He brought some of us to the shows at AEW, and I was just impressed with that,” Dos Santos said. “I remember I enjoyed watching some pro wrestling matches, but I wasn’t really following it. Once I was there and I could see how things worked, I was impressed and I said, ‘Man, this is amazing. I want to be a part of it. I want to be in that ring, too.’ So things started to happen, and here we are, close to our debut.

“Why not? I’m not going to say no. I really enjoy this. I’m happy doing it. I’m enjoying participating in this and the challenge it’s been for me. It feels great, actually. I was looking forward to having a next fight and here I am, close to fighting again in a pro wrestling match, and I feel good about it.”

Dos Santos, who was released by the UFC back in March, showed an appreciation for the work the wrestlers put in and the ultimate taxing it has on the human body.

“The biggest one is to have a good performance,” Dos Santos said. “You have to put on a good show for all the crowd, all the people that will be there cheering for us. And it goes the same (as MMA) – to have a good performance and get a good victory with yourself. I’m just impressed with this whole (pro wrestling) world. Back in the day, I didn’t even imagine how big it was.

“I’m just impressed with everything and how hard these guys get prepared for this – (and) how hard it is for them, as well. You’ve got to train a lot. You’ve got to put yourself in a very good preparation to be 100 percent, to go there and have a good performance. That’s the main thing that attracted me on this thing. I said, ‘Wow, this is amazing. These guys go hard. I want to do some of that,’ and here I am doing it.”

It’s unique to see a former champion, released by the UFC, and someone that probably has his choosing between Bellator, PFL and Bare Knuckle take the pro wrestling route. It will be interesting to see how far AEW can take the former heavyweight champ. It seems like a road to success for Dos Santos is there.

Do you like seeing Junior Dos Santos in AEW? Where would you rather have seen him go?