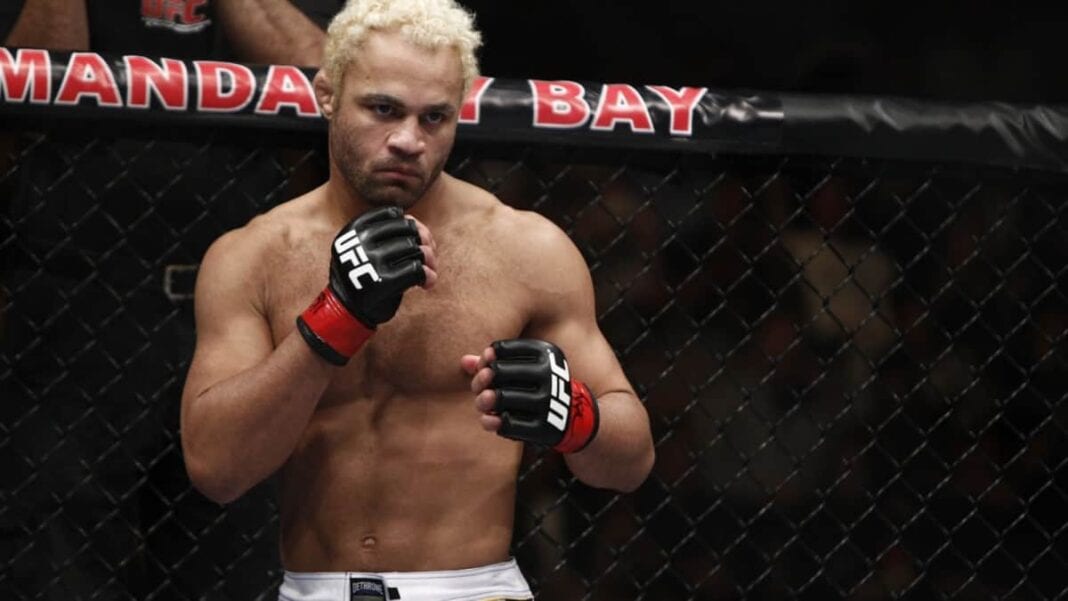 Bellator MMA President Scott Coker told “The MMA Road Show with John Morgan” that the promotion has a date for long time UFC vet Josh Koscheck in mind for his Bellator MMA debut.

Bellator 146 will be the former UFC fighter’s promotional debut, but there’s one catch. He doesn’t have an opponent for that event just yet. The good thing is that Bellator 146 is still a few months away, so Bellator MMA should be able to find him an opponent.

One opponent that comes to mind is Paul Daley. If you recall, at UFC 113, Daley punched Koscheck after the bell sounded in the third round. Scott Coker is open to that fight due to the bad blood between the two.

“That’s a no-brainer,” Coker said. “For me, we’ll build that fight, and maybe next summer we’ll promote that fight in London, or maybe we’ll do it here or in San Jose or Fresno or wherever. But I knew that by the time that fight happens, it will be built up to the point … it’s going to be a big blockbuster for us.”

Daley (36-3-2) appeared on the Three Amigos Podcast several week’s back and commented about the potential fight.

“I think Mr Crotch-check has some serious issues. I think he has some delayed development of the brain. He’s just a very weird guy. I commend him for making them money and the name he has in the sport. He’s done very well, and that’s very fortunate for him, because if he didn’t do well in this sport who knows what he would be doing? He’s not exactly the brightest of sparks.”

“I’m happy that he is with Bellator because a fight with him is huge and it presents a massive opportunity for me. It gives me the chance to receive a massive amount of promotion and would probably be the biggest payday I have received. I’m happy Koscheck is around, as long as he stays at arms-length.”

It’s pretty clear that Bellator MMA is trying to set that bout up and with Daley not having his next fight announced, that will most likely be his next fight (with Koscheck).

Bellator 146 will take place Dec. 11 at Fresno’s SaveMart Center and the main card will air on SPIKE TV.