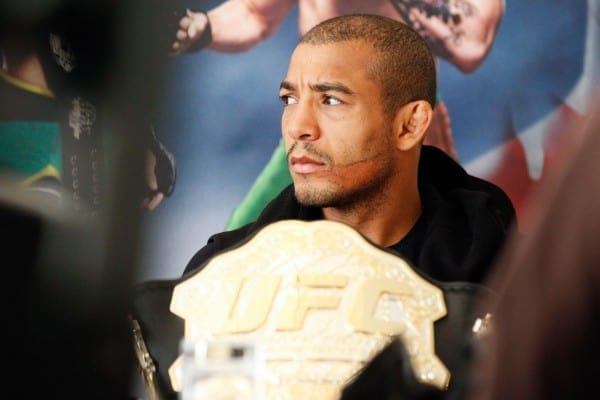 In the midst of the chaos surrounding July 9’s blockbuster UFC 200 from Las Vegas, and it’s former headliner Conor McGregor, both fighters and fans have seemed to have mixed feelings on whose side to take: McGregor’s, or the UFC’s.

Essentially, the Irishman was pulled from his scheduled rematch with Nate Diaz after he refused to fly to Vegas from Iceland to fully adhere to the UFC’s promotional requirements.

The “Notorious” one said that after suffering his first Octagon loss to Diaz last March that he needed to get back into the gym and back to what truly got him to where he is today, a statement that some fighters have admitted to understanding.

One fighter who clearly isn’t on McGregor’s side, however, is ex-featherweight champion and bitter McGregor rival Jose Aldo.

The two men infamously met at last December’s UFC 194 after an extensive, drawn out build up. In the end, McGregor shocked the world, knocking Aldo unconscious in just 13 seconds.

Recently speaking on the situation, “Scarface” put McGregor on blast, calling the Irishman ‘weak’ after the fiasco:

“That proves how weak he is,” Aldo told ESPN. “I don’t see him as an athlete, I don’t respect him. In my opinion, he’s weaker than everything he always said.”

Aldo is currently slated to face off with former lightweight kingpin Frankie Edgar in the co-main event of UFC 200 for the interim 145-pound strap.

Will Aldo get the better of Edgar again and finally secure his highly sought upon rematch with McGregor sometime towards the end of the year?