LowKickMMA.com
Home UFC News Jose Aldo Apologized To Renato Moicano For ‘Getting In The Way Of... 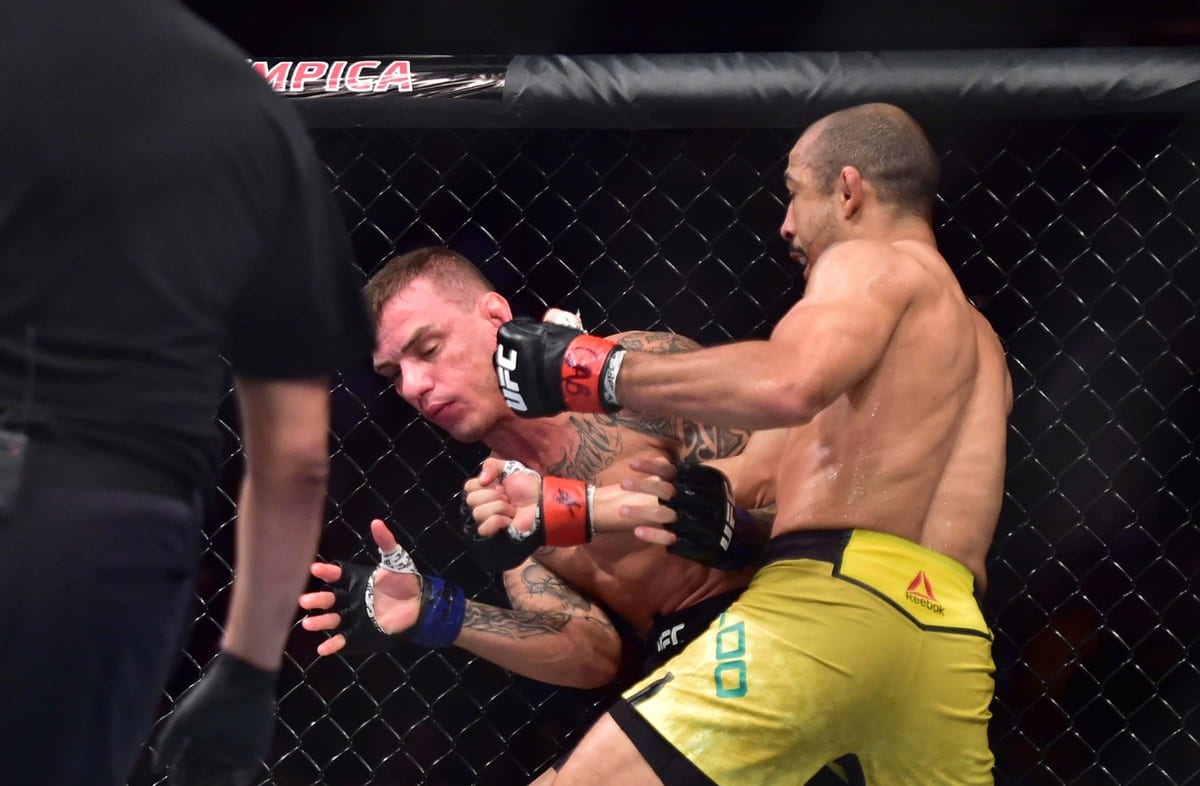 Jose Aldo made quite a statement this past weekend in Brazil.

Aldo defeated rising featherweight star Renato Moicano in the co-main event of UFC on ESPN+ 2 from Fortaleza, Brazil. Aldo finished his fellow countryman in the second round with a devastating barrage of strikes. With only a few fights left on his UFC contract before retiring, Aldo is showing he’s still a force to be reckoned with.

Speaking at the post-fight press conference, Aldo said he apologized to Moicano after their bout for “getting in the way of his dreams” (via MMA Fighting):

“First of all, I thanked him for the fight,” Aldo said. “I think that I had to say sorry because I was getting in the way of his dreams.”

Aldo wants to see Brazil dominate the featherweight division, and hopes Moicano continues to fight towards that despite his recent setback:

“We need the new generation,” Aldo said. “We need new athletes in my division, too. I always dreamed of having a total domination of Brazil in the division and I lost that so I want to give him the strength for that. So now it is in the past and I hope that he keeps going.”

“Scarface” believes that Moicano has the talent and skills to make it at the championship level. His only two losses come against Brian Ortega and Aldo, two of the best the weight class has to offer. If Moicano believes in himself and his team, Aldo believes the future is bright for his fellow Brazilian:

“He’s got his talent and he’s got his skills and he’s got a great future ahead of him,” Aldo said. “He needs to believe in his team and hopefully he can fight for the title one day and become the champion.”