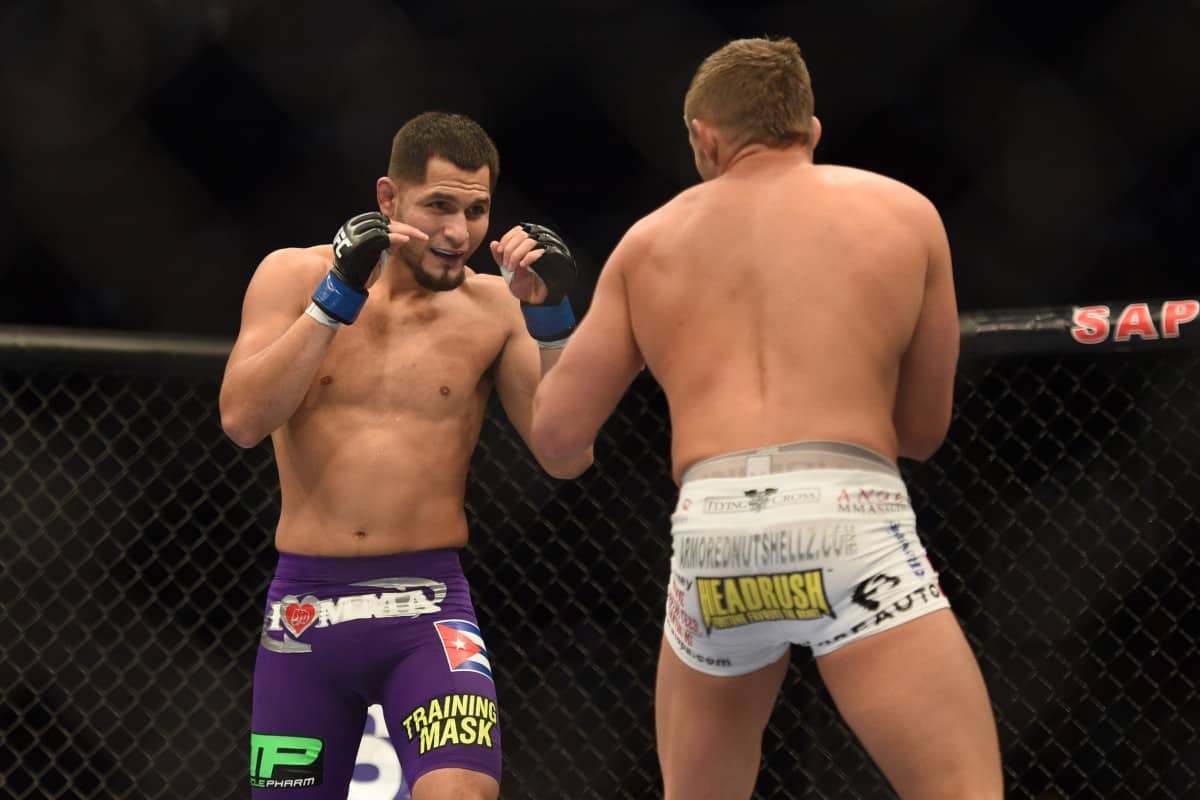 Following a disappointing and controversial UFC Fight Night 63 split decision loss to Al Iaquinta before which he missed weight on his first attempt, UFC lightweight veteran Jorge Masvidal has decided he will move back up to welterweight for his next bout.

The talented boxer has alternated between lightweight, catchweight, and welterweight bouts throughout his 12-year mixed martial arts (MMA) career. He won a 170-pound title in regional show AFC in 2006, but fought all of his bouts since his 2011 Strikeforce debut win over Billy Evangelista at 155 pounds.

“Gamebred” has shown an ultra-smooth striking style during his 5-2 run in seven Ultimate Fighting Championship (UFC) fights since 2013. Yet Masvidal’s style may be a bit too smooth, as his only two setbacks in the Octagon were tough-to-decipher split decisions against Iaquinta and Rustam Khabilov.

He had Iaquinta on the ropes during a dominant first round, but couldn’t put the brash New Yorker away, ultimately fading a bit down the stretch to lose a close fight. Although many, including himself, still believe that he won that fight, his point-fighting style also lead to controversy in his only other UFC defeat, a “Fight of the Night”-winning loss to Khabilov at UFC Fight Night 31.

It’s also clear that Masvidal is having a bit of trouble making weight as he gets a bit older, and even though he did make 156 pounds on his second attempt against Iaquinta, Ariel Helwani revealed on UFC Tonight that “Gamebred” is walking around at a whopping 193 pounds right now.

Masvidal believed that fighting at lightweight was best for his career, but not being forced to cut an extra 15 pounds could give him the much-needed power necessary to score a finish or two. He’ll be facing the sharks of the best welterweight talent pool in the world, however.

Will “Gamebred” find success back at 170 pounds?