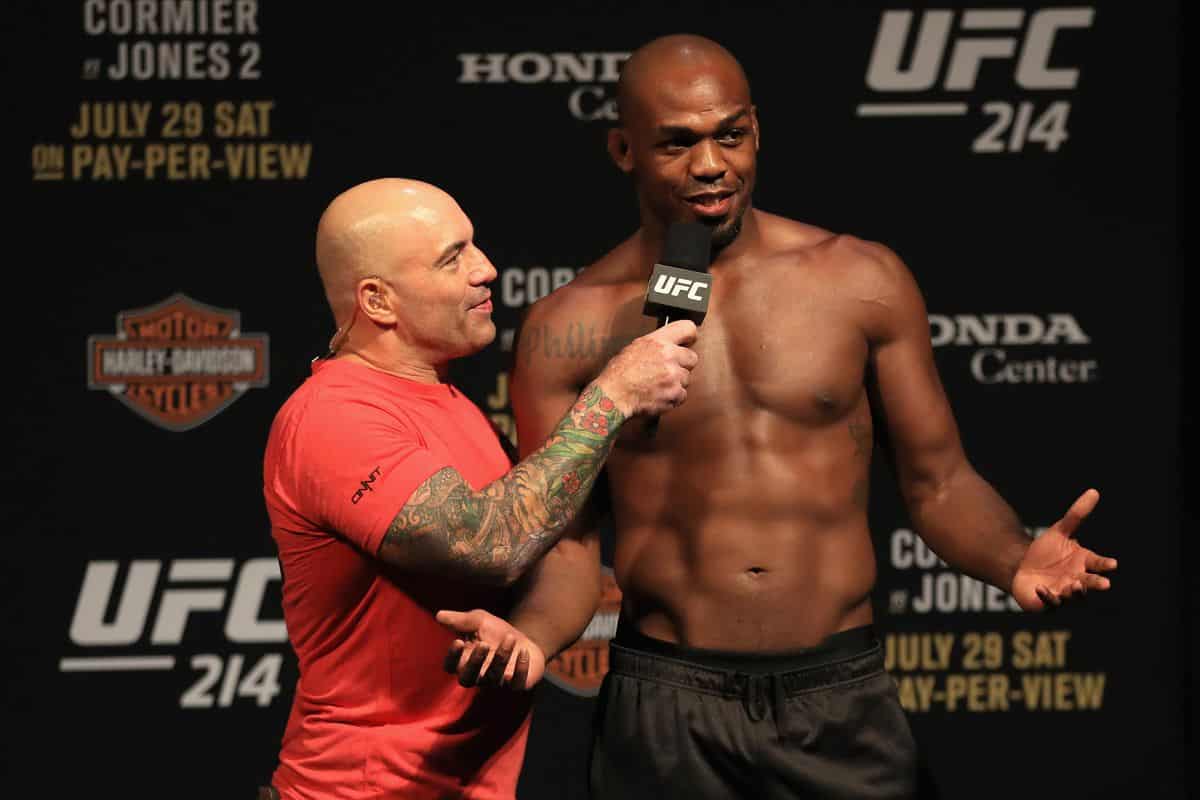 The pair has been entrenched in one of the most bitter rivalries in mixed martial arts (MMA) history since 2014. It all stems back to their infamous UFC 178 media day brawl before their initial meeting at UFC 182 in 2015. “Bones” took home a unanimous decision win to defend his then-held light heavyweight title.

The two stars rematched in the main event of UFC 214 last July, but this time DC was defending his 205-pound crown. Jones won the fight in the third round after a hellacious head kick that led to a knockout via ground-and-pound. Soon after that, however, Jones was flagged for a United States Anti-Doping Association (USADA) violation and his win was overturned to a no contest. Cormier was awarded back the light heavyweight title.

Jones is currently awaiting his punishment for the incident and a timetable for his return remains unclear. Cormier, on the other hand, has since defended his title successfully after defeating Volkan Oezdemir with a dominant stoppage at UFC 220 in January. He now prepares to attempt to make history when he challenges for the heavyweight title against Stipe Miocic at UFC 226 next month.

Cormier has the opportunity to become the second fighter of all time to hold two titles in different weight classes simultaneously in the UFC. With this possibility, there’s been a lot of talk amongst the MMA community about whether or not Cormier should be considered one of the greatest of all time.

Jones took to Twitter to indicate that he doesn’t necessarily agree with that notion:

what have you done for me lately? Let’s just be real and stop asking this question https://t.co/Tw3FcpH3bK

If he’s in the conversation does that make me the motherfucking man? https://t.co/cEnNRayEus

In a recent interview with CBS Sports, Cormier offered a response to the Tweets and claimed that Jones doesn’t have a platform – and he refuses to give him one:

”He doesn’t have a platform and I refuse to give him a platform,” Cormier. “He’s a nobody. He has been suspended again. He’s mired in controversy for drug abuse.

“Your issues are tied to steroids, performance enhancers. You don’t get a platform when you’re like that. It’s like me glorifying Lance Armstrong.”

Jones again took to Twitter to respond to Cormier.

This time, however, he made things personal by mentioning Cormier’s wife:

“I don’t have a platform DC? That just sounds dumb,” Jones said.

“Even after years of suspension I have just as much if not more of a platform than you. Every win you get goes on my resume, You know who you dream about at night. I’m sure your wife knows too.”

I don’t have a platform DC? That just sounds dumb. Even after years of suspension I have just as much if not more of a platform than you. Every win you get goes on my resume, You know who you dream about at night. I’m sure your wife knows too

At first I thought you were trying to convince the fans I beat you because of performance enhancing drugs but now I’m pretty sure you have convinced yourself too. ???? keep doing that

Good thing for you, the next time we fight I’ll be all cleaned up. Let’s see you dominate me this time since I cheated the first two???? ????????

Good luck in your next fight, I’ve always wanted to be heavyweight champ… who’s your daddy?