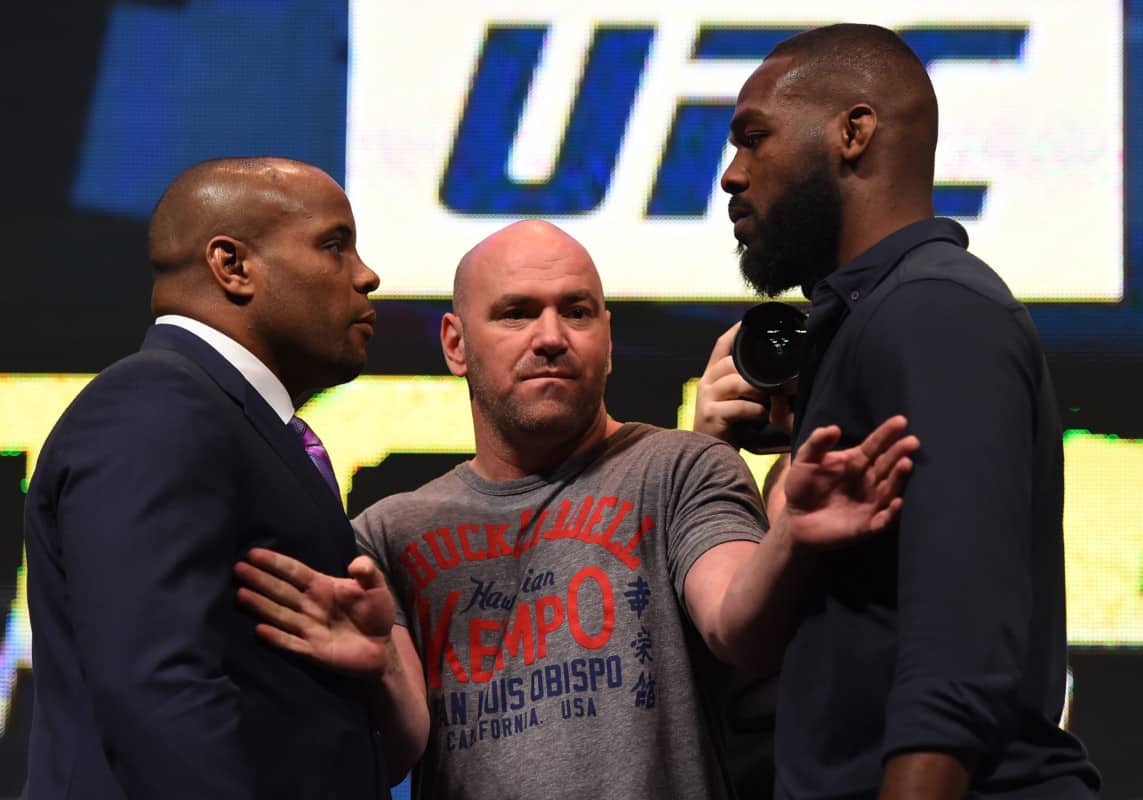 It’s that time of the year when Jon Jones flames the double champ Daniel Cormier on social media…again.

The back-and-forth between 205-pound champion Cormier, Jones, and Alexander Gustafsson has been hard to follow these last couple of days. It’s been unfolding at a breakneck pace.

Just earlier today Gustafsson claimed Jones had ‘gone missing’ in an attempt to get the recently-reinstated fighter to sign their perceived contract to fight.

While its unlikely Gustafsson’s antics will get “Bones” any more excited to fight him, Jones did sound off on Twitter. However, Jones took aim at his bitter rival “DC” instead.

Bro you know in your heart it’s the right thing, the belt was never yours in the first place. You did a good job, you make a great babysitter. Daddy’s home now https://t.co/GeLvtNhXNC

The UFC has been urging Cormier to relinquish the title but the double champ doesn’t seem to keen on that proposition.

Muddying the waters even more, the UFC announced a rather head-scratching main event for the highly anticipated UFC 230 next month in New, York. Still, Jones and Gustafsson could end facing off for “DC’s” belt. Should they?