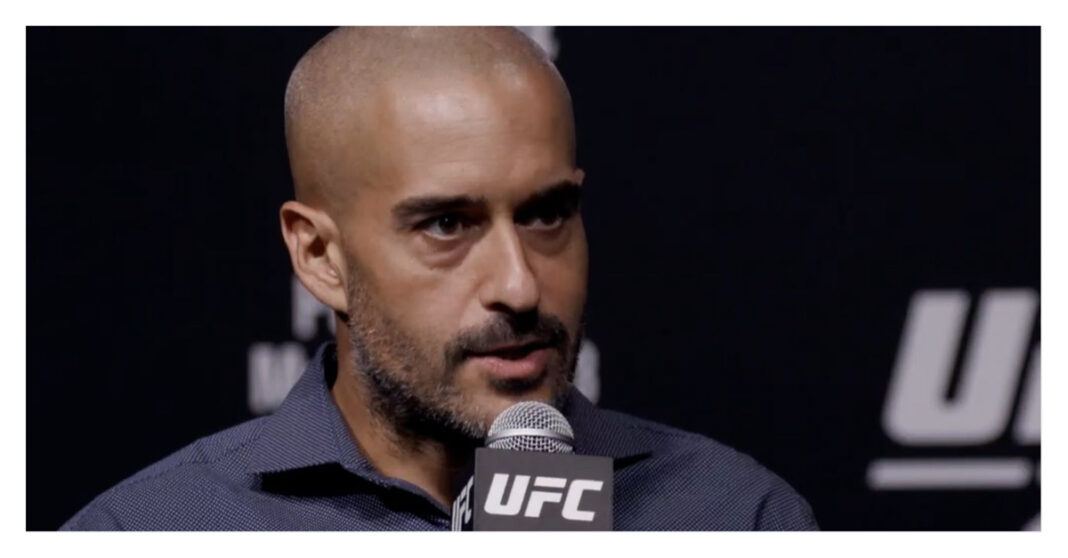 UFC Lead Commentator Jon Anik is having a blast in Singapore, as he commentated a fight between a lizard and a rat while walking down the street.

Anik is currently in Singapore for UFC 275’s first event in the country. It looks as if Anik had stumbled upon a fight in the streets of Singapore. He was surrounded by a few other people, as he was watching the two animals go at it.

The group started going crazy when the rat escaped for a second, but unfortunately for the rat it didn’t work out in its favor.

Anik will also share the booth with former UFC champions Daniel Cormier and Michael Bisping. Longtime time commentator Joe Rogan unfortunately (or fortunately for some) will not be calling the fights this weekend.

UFC 275 is headlined by title fights in the Light Heavyweight division between Jiri Prochazka and Glover Teixeira and a Women’s Flyweight bout between Valentina Shevchenko and Taila Santos. Shevchenko looks to extend her dominance reign over the Flyweight division, as Teixeira looks to make his first title defense.

In his last fight Teixeira became the oldest fighter to win their first title belt ever. He won the belt at 42 years old against Jan Blachowicz. He submitted the hard hitting fighter in the second round. Teixeira has a big challenge in front of him. Many have already crowned Prochazka s the best and most dangerous fighter in the Light Heavyweight division. It only took the young fighter two fights before he was granted a title shot.

Are you excited for UFC 275 this Saturday?