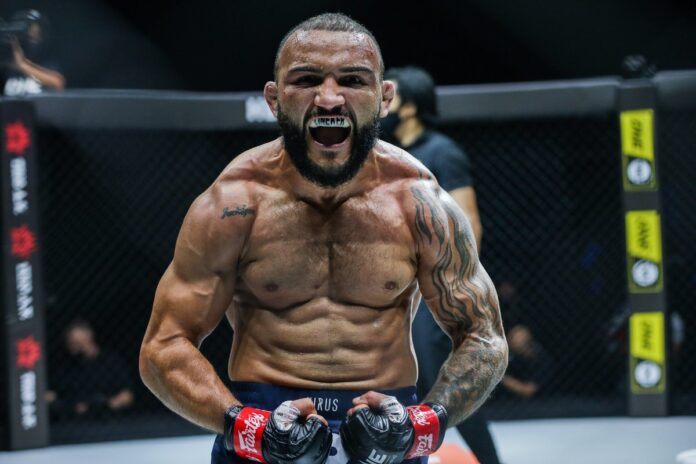 John Lineker would be more than willing to fight Demetrious Johnson in the future.

Both fighters never competed during their time in the UFC flyweight division. But with the pair now at ONE Championship, a meeting is certainly possible even if Lineker fights one weight class above him at bantamweight.

For now, there is no word on what Johnson will do next as he is coming off a knockout defeat to Adriano Moraes in their flyweight title fight earlier this year.

That result didn’t really surprise Lineker as he trains with Moraes at American Top Team, and he believes a fight between himself and “Mighty Mouse” would be a great one.

“For me, it would be a great fight,” John Lineker told BJPenn.com. “I’m here to fight so if they tell me to fight Demetrious Johnson, I’m ready.

“I’m not surprised because I know Adriano. He’s my friend, he’s my training partner, we train together at American Top Team so I knew that he could win against Demetrious Johnson. I knew he could beat him, he’s a great fighter.”

John Lineker Challenging For Title Next

Of course, Lineker is challenging for the bantamweight title next which is currently held by Bibiano Fernandes. Fernandes happens to be a training partner of Johnson’s and this fact was not lost on Lineker.

“It’s funny because he’s training with Bibiano [Fernandes] and I’m training with Adriano so let’s see who the best team is as I’m gonna fight Bibiano and we’re gonna see,” he added.

If Lineker were to become the next ONE bantamweight champion, perhaps he could defend his belt against Johnson next or move down for a flyweight super fight.

Who do you think would win between Demetrious Johnson and John Lineker?