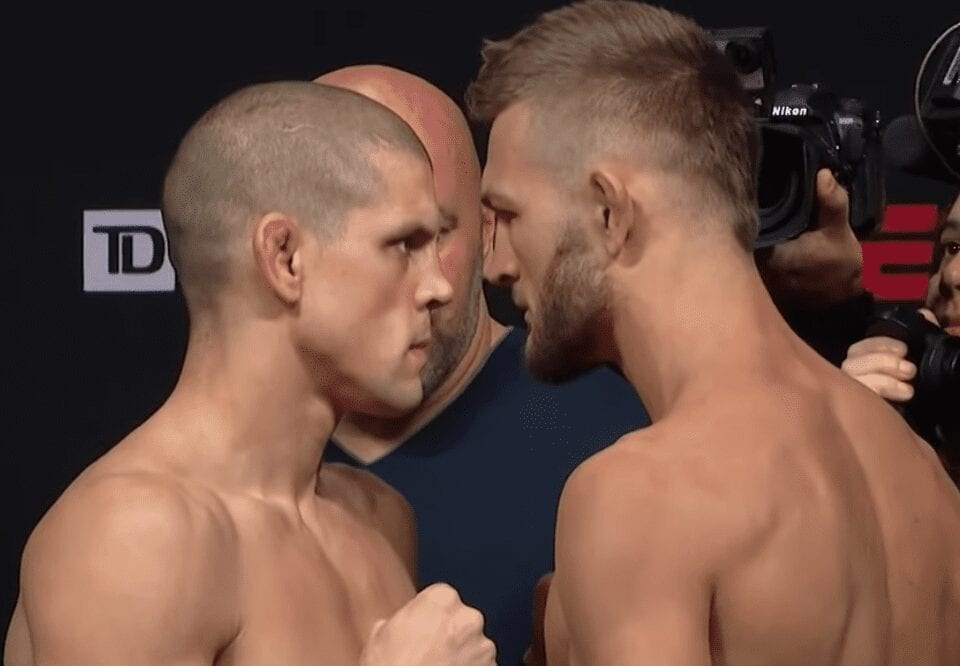 Next up on the UFC Boston main card is a lightweight bout between Joe Lauzon and Jonathan Pearce.

Round 1: The two trade early and it’s Lauzon who rocks Pearce. Lauzon takes him down and has Pearce’s right arm trapped as he lands repeated strikes until the referee calls an end to the fight.