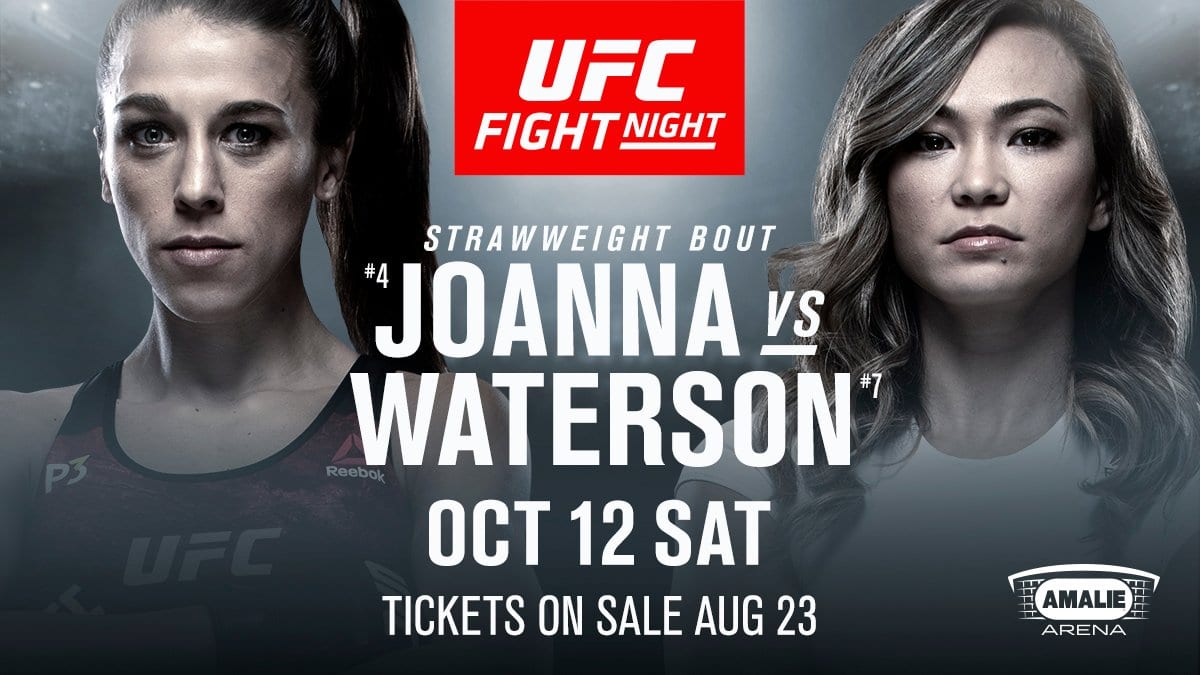 A women’s strawweight bout between Joanna Jedrzejczyk and Michelle Waterson is official and set to headline the UFC’s return to Tampa.

The fight was previously reported to be in the works last month, though no location was set at the time. However, it was announced by the promotion on Friday that it would take place October 12 at the Amalie Arena in Tampa, Florida. Tickets are set to go on sale later this month.

Jedrzejczyk has gone 1-3 in her last four fights, having most recently suffered a unanimous decision defeat to Valentina Shevchenko for the vacant women’s flyweight title. She will now return to her natural weight class as she looks to regain her title.

As for Waterson, she has won three fights in a row and a win over the former champion could all but guarantee her getting the next crack at the title.

UFC Tampa will also see the return of Mackenzie Dern, who faces Amanda Ribas in a strawweight bout. Dern last competed at UFC 222 in March last year but has spent time away from the Octagon after giving birth to her daughter. Also on the cards is a flyweight bout between top contender Deiveson Figueiredo and Timothy Elliott.

What do you think of the card so far?