LowKickMMA.com
Home UFC News Joanna Jedrzejczyk Admits That Her New UFC Contract Could Be Her Last 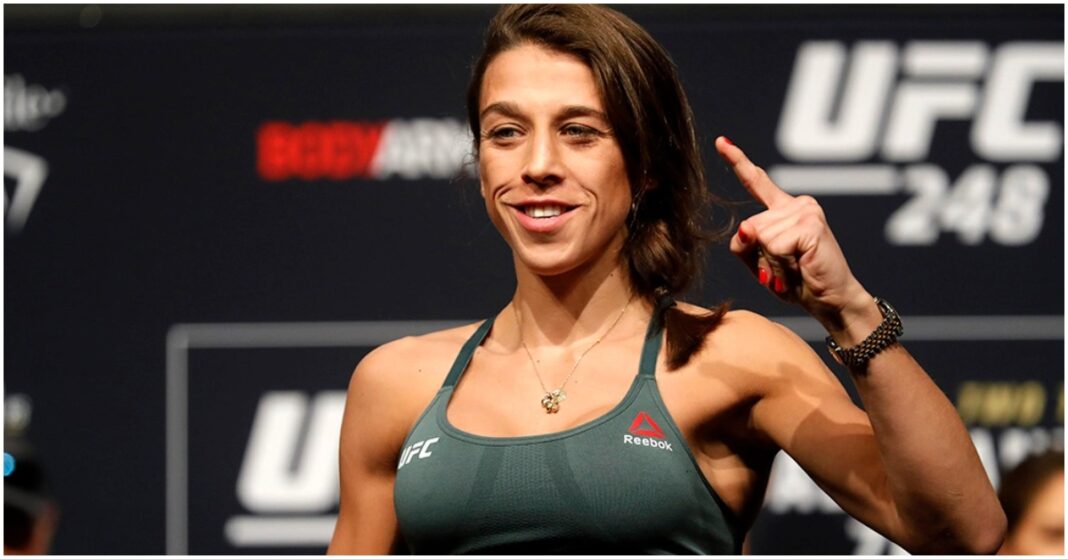 Former UFC strawweight champion, Joanna Jedrzejczyk has admitted this may be her last contract with the UFC.

Now 34-years old, we last saw Joanna Jedrzejczyk compete over two years ago when she faced Weili Zhang at UFC 248, producing an instant classic. Now with the rematch set for June and a new deal with the UFC signed in April, the Olsztyn-born striker admits while time may not be on her side, Jedrzejczyk says she feels better than ever and will fight out her contract before she potentially hanging it up.

“For sure [it could be my final contract],” Jedrzejczyk told MMA Fighting. “It’s a six-fight deal. But this fight is not going to be my last fight or the second or the third; I feel a second wind.

While a lifelong fighter, Jedrzejczyk also admits that it’s more than just fighting now and feels she should be compensated for the value that she brings and the pain she endures.

“I can’t just go there and get my face beat up again for little money and no exposure, etc. There has to be something extra beside the love and the desire I have to this sport, I feel like I’m still one of the greatest in the strawweight division and I just want to go there and prove that on June 11.”

“The hard work is so many weeks before the fight,” Jedrzejczyk would add. “The fight is a pleasure, but it’s the hard part as well. We get a lot of damage and every fight, every camp takes something from us physically, mentally.

“We have to know our value, I set my new goals and to protect myself but I feel like the next fight is going to be even better.”

UFC 275 will be host to the rematch of what many believe is one of the greatest female fights of all time. Jedrzejczyk will look to avenge her loss to Zhang but this time over a scheduled three rounds.

Since the fight, which was Zhang’s first defense of her 115lb title, she would go on to drop her title to Rose Namajunas via a devastating head kick KO. Then in the rematch, ‘Magnum’ would again lose to Namajunas but his time over a tightly contested five rounder.

Both are coming off loses and will be desperate to return to winning ways, both are former champions and highly ranked, a win for either could catapult them into title contention.

How will Joanna Jedrzejczyk do in her rematch with Weili Zhang?