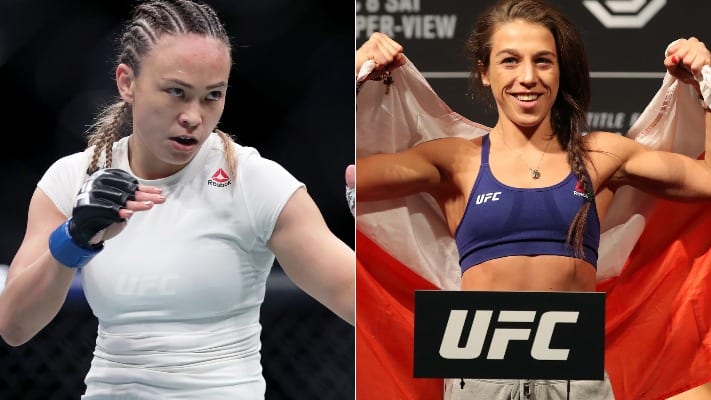 Joanna Jedrzejczyk‘s upcoming fight with Michelle Waterson is still taking place as planned, at least according to the former champion.

Jedrzejczyk meets Waterson in a strawweight headliner at UFC Tampa this Saturday. However, recent reports suggested the fight was in jeopardy as Jedrzejczyk reportedly informed the UFC a couple of days ago that she would unable to make the 116-pound weight limit.

The report added that Waterson was offered the opportunity to fight the Pole at a catchweight, only for it to be declined. This led to speculation that Jedrzejczyk may be replaced with a different opponent.

However, the former strawweight queen provided an update on Wednesday. She also posted a picture of herself smiling as she was cutting weight, seemingly implying that the fight is still on:

Jedrzejczyk has never missed weight before, but has notably struggled with the cut to 115 especially when she was the champion. This will also be her first fight in the division since losing her rematch to Rose Namajunas back in April 2018.

Do you think Jedrzejczyk will make the weight? Or will we get a different main event?