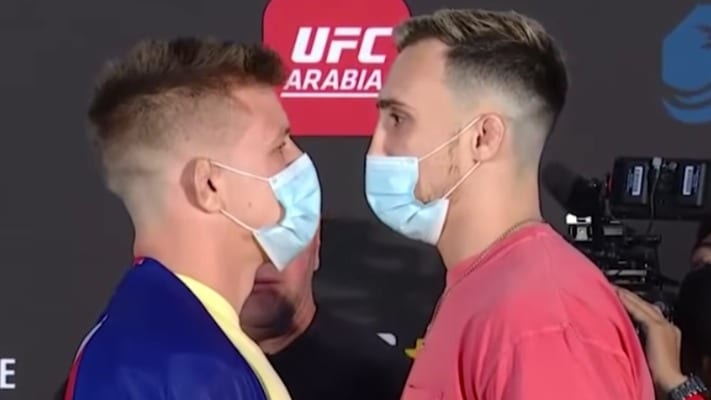 Next up on the UFC Fight Island 6 main card is a light heavyweight encounter between Jimmy Crute and Modestas Bukauskas.

Round 1: Crute advances forward early on. Bukauskas lands a leg kick as Crute goes for the takedown. Bukauskas defends but is clinched up against the fence. Fight is momentarily stopped after an accidental knee to the groin of Bukauskas. The fight resumes and Crute lands two big leg kicks. He follows it up with a huge right but Bukauskas eats it. Crute drops Bukauskas as the latter attempts a kick. Bukauskas gets up quicklybut Crute drops him again as the referee stops the fight.