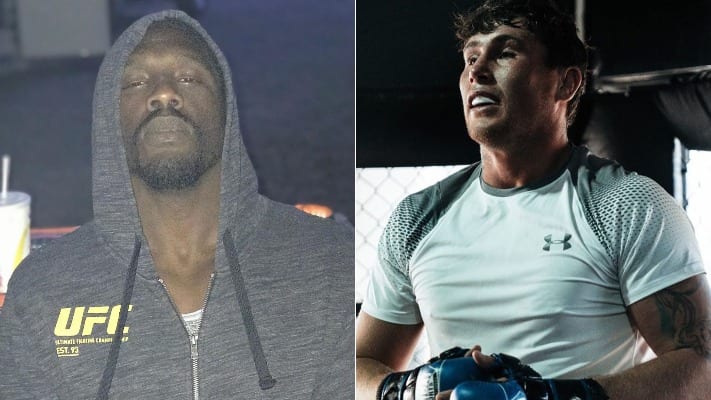 It looks like Jared Cannonier’s return to the Octagon will have to wait.

After weeks of speculation as to whether or not the fight between Cannonier and Darren Till would happen at UFC 248 next month, Cannonier has announced that he has suffered a pectoral injury that requires surgical repair. However, prior to this, it was still being negotiated as to whether or not Till would be fighting Cannonier on the March 7 card. Till seemingly accepted the fight last week, but had he accepted earlier, per Cannonier in a new Instagram post, his injury might have never happened.

“@darrentill2 I’m happy you found some courage and finally decided to accept the fight. On Monday. But only two days after I tore my left Pec completely. When it happened on Saturday 7th February, I was in Houston to talk about how you wouldn’t accept the fight.

“Now had you said yes when they offered, instead of dodging the fight presumably, I would have been in PHX gettin ready to beat yo ass. I’m not blaming you but I kinda am. Anyway, I’m gettin surgery on Tuesday. If you’re still around in the MW division, I’ll hit you up in the fall. P.S. tell your little minions to stop tagging me in your weird ass posts.”

Cannonier is on a roll at the moment after having picked up wins over the likes of David Branch, Anderson Silva, and Jack Hermansson. Now, he’s, arguably, one win away from a shot at the 185-pound title. A win over Till, a former welterweight title challenger, would’ve certainly gotten him where he wants to be. Now, he’ll have to sit on the shelf for a bit as he tends to his pectoral injury.

As for Till, perhaps he can jump on the upcoming UFC London card next month. It will be interesting to see who the UFC matches “The Gorilla” up with now that Cannonier is injured.

What do you think about Cannonier’s message to Till?