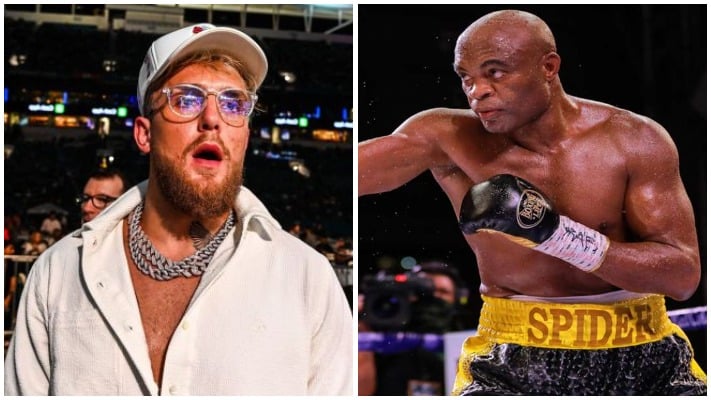 Jake Paul was impressed as Anderson Silva returned to the boxing ring for the first time in since 2005.

Post-fight, Paul took to social media to congratulate Silva on his win and propose he fights Roy Jones Jr. on the undercard of the YouTuber’s fight with Tyron Woodley which is set for August 28.

“Respect to Anderson Silva @spideranderson on the win….vc é uma lenda brasileira! Would be an honor to have him vs Roy Jones Jr on the same card as Tyron and I,” Paul wrote.

A fight between the MMA legend and Jones Jr. has been talked about for more than a decade. Now, Silva is a free agent after being released by the UFC last year and the fight is possible.

In the build-up to his fight with Chavez Jr., Silva hinted that a fight between him and Jones Jr. was closer than ever.

“Yeah, absolutely, because I talked about fighting Mr. Roy Jones Jr. for many, many years ago when I started fighting in the UFC,” Silva said. “I think now is coming closer to this reality, and let’s go see. My focus is just for this fight now, and then let’s go see in the future.”

The question is will Silva and Jones be interested in rushing into a fight on the undercard of an internet celebrity? Probably not.

Paul, despite earning three knockout wins during his professional boxing career is yet to earn the respect of true fight fans. He could move one step closer to doing that if he takes out Tyron Woodley later this summer. The former UFC welterweight champion is the first opponent Paul has faced who actually has a reputation for knocking people out.

Do you want to see Anderson Silva vs. Roy Jones Jr. on the undercard of Jake Paul vs. Tyron Woodley?