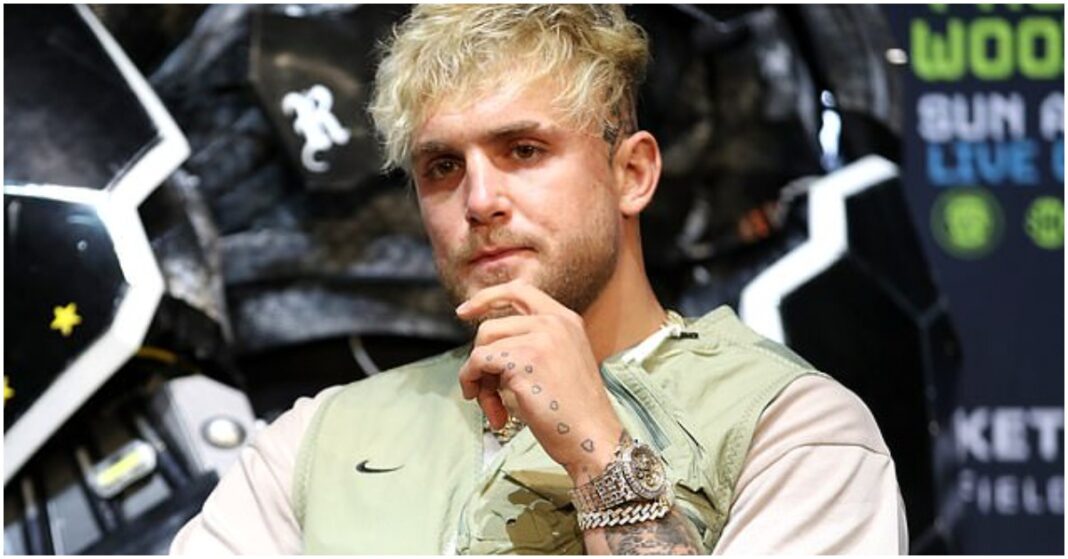 Jake Paul has responded to the UFC welterweight champion, Kamaru Usman, who recently said he’d be up for crossing over into boxing for a fight with ‘The Problem Child’ for $100 million.

“These guys, they making a lot of noise. That’s good,” Usman said on Club Shay Shay. “They got the YouTubers, and they got the new generation, these new kids involved and watching them. That’s fine. But they don’t equate to dollars. It’s not them… Jake Paul, he says, ‘We doing these numbers.’ You can add up every fight Jake Paul has had and their pay-per-view numbers weren’t more than what I did in my last fight. They can say whatever they want to say. He can say this or that. Write me a check for $100M Jake Paul, I’ll be there to kick your ass next week.”

Usman has been making a habit of calling for a $100 million payday. ‘The Nigerian Nightmare’ has been talking up a crossover fight between him and Saul ‘Canelo’ Alvarez. It’s a bout Usman believes will provide him with a nine-figure payday.

Jake Paul Insists Kamaru Usman Is Not Worth $100M

During a recent appearance on The Journey podcast, Paul reacted for the first time to Usman’s wacky financial demands, he said.

“Usman’s not worth $100m, he’s like a $3-5million type of guy who’s owned by Dana. Whenever he gets let out of the contract, let’s make it happen, easy money.

Paul doubts UFC president Dana White would allow his pound-for-pound fighter to crossover into boxing for a fight with him because the 25-year-old has already beaten two former UFC fighters.

“I already embarrassed Dana’s company by taking out Ben Askren and Tyron Woodley and I don’t think he wants that,” Paul said. “It would be too much of a risk for him to let one of his fighters lose to me.” (Transcribed by Mirror Fighting)

How much do you think Kamaru Usman should make for fighting Jake Paul?