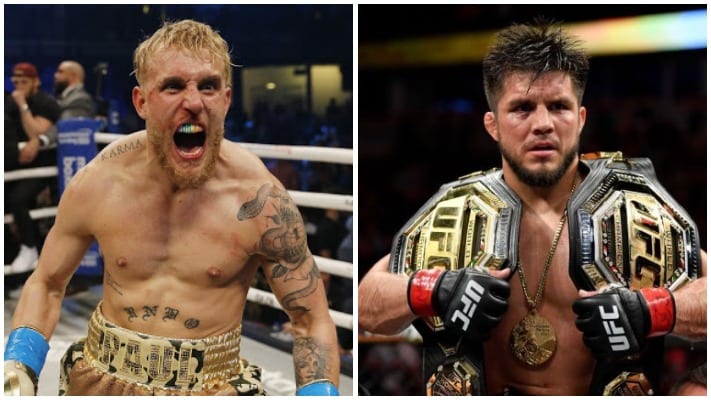 YouTube celebrity turned professional boxer Jake Paul has ripped into former dual weight UFC champion Henry Cejudo who has pushed for a crossover fight with the 23-year-old as of late.

Paul has transitioned to boxing in 2020 and improved his record to 2-0 on the undercard of Mike Tyson vs. Roy Jones Jr and scored a highlight-reel knockout win over former NBA player Nate Robinson in the pay-per-view co-main event.

Post-fight Paul called for fights with SBG teammates Dillon Danis and Conor McGregor. He has also previously mentioned squaring off with Jorge Masvidal and Ben Askren, attracting a lot of attention from the MMA community including Cejudo who took to social media to call him out on Sunday, he wrote.

”Yo @jakepaul since you really think your a legit fighter by beating up on retired NBA D lister’s who really deserves a academy award for best fall. How about we fight and if I can’t stop you I’ll give all money to charity of your choice. #dontbescaredhomie.”

‘Triple C’ later realized Paul was following him on Twitter and urged his “fanboy” to sign the contract for a fight, he wrote.

“I had no idea this dirt bag @jakepaul was a fanboy! Sign the contract and you might have your dream of meeting your idol Triple C! Ps I’m sending a digital autograph for you baby.”

The YouTuber quickly fired back, taking shots at the money Cejudo has earned from his decorated career in MMA, he wrote.

“I’m a huge fan!! You’re the mini champ! But it seems like I’m your only fan because the purses I buy my girlfriend are worth more than your fight purses. where your PPV #’s at champ?”