LowKickMMA.com
Home Boxing News Jake Paul Reveals He Has Made Over $40 Million Competing in Boxing... 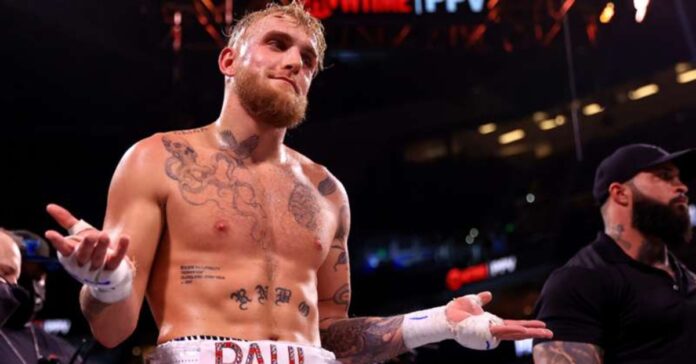 Since turning to the sport of boxing, Youtube sensation Jake Paul has been the talking point in the world of combat sports.

It’s easy to see why after making a substantial amount of money in 2021.

Forbes conducted a series of the highest paid Youtube stars for 2021, in which Paul placed No. 2 on the list. The 24-year-old has estimated earnings of $40 million from his boxing career, also collecting an additional $5 million from his videos, endorsements, and other businesses on the side.

Since then, Jake Paul has revealed the $40 million estimations were slightly lower than what he earned for the year.

“True story on my momma. So my dad called me today and asked if the numbers that were reported today were inflated,” Paul wrote on his Instagram story. “He said ’I knew you made close to that, but did you really make that?

“The answer was, ‘Yes, dad and in fact the numbers are slightly low.’ Mind you, I don’t lie to my dad and he knows everything about my life. Even my brother thought the numbers were lower (according to my dad’s conversation with him). A lot of times Forbes inflates the number made. In 2018 when I made the list, I made $17 million and they reported $22 million I believe. On this day, they are actually behind, and the numbers are actually low. Most celebs would say, ‘Thank the Lord I’m so blessed,’ but I say any regular motherf*cker could do this sh*t if you a sicko and ready to die for your cause.”

The “Problem Child” unquestionably made his presence known in not only the world of boxing but in MMA too. Paul ended the year with a (3-0) record, including two stoppages victories over former MMA champions, in Ben Askren and Tyron Woodley.

Paul made it a quick night for Ben Askren under the Triller banner knocking the respected wrestler unconscious in the first round. Shortly after, he signed with Showtime, meaning they would take over as his promoter.

The credibility of Paul’s opponents has consistently been questioned between the ropes. Still, in September, he gained respect after earning a split decision victory over former UFC champion and knockout puncher Tryon Woodley. A fight that generated close to 500,000 PPV buys.

Four months later, Paul was met with Woodley for the second time, which resulted in Woodley faceplanting the canvas in round six. While Jake Paul added another viral knockout to his forever-growing collection.

It’s still unknown who Paul will compete against next, with the Ohio-born fighter calling out names such as Conor McGregor, Dustin Poirier and Nate Diaz. Whoever Paul ends up fighting next can expect a healthy payday. 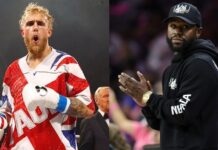