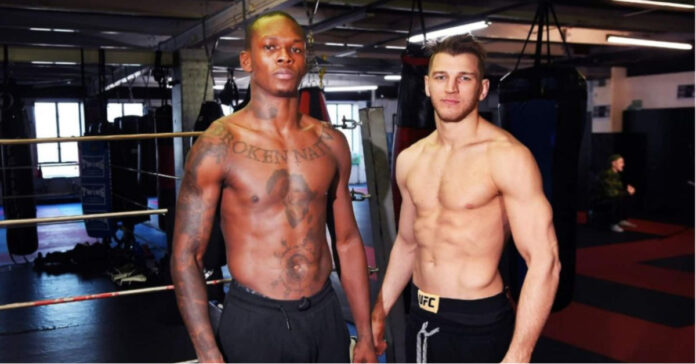 UFC lightweight, Dan Hooker has claimed that his City Kickboxing teammate, reigning middleweight champion, Israel Adesanya will “wipe the floor” with the #2 ranked division contender, Jared Cannonier ahead of UFC 276 this weekend during International Fight Week.

Hooker, the current #13 ranked lightweight contender, featured on the main card of UFC Fight Night London back in March in a featherweight division return, suffering a first round knockout defeat against Arnold Allen.

This weekend, Hooker’s City Kickboxing training partner, Adesanya, returns to the Octagon for the second time this year – headlining UFC 276 against the aforenoted, Cannonier, searching for his fifth successful title defense at 185lbs.

Ahead of the matchup between the duo, many have predicted another routine victory for Adesanya against Texas-born contender Cannonier – with Hooker insisting the main event clash is a “silly fight” to make.

Sharing UFC 271 back in February, Adesanya defeated two-time opponent and common foe, Robert Whittaker in a main event rematch, after Cannonier earned his title shot with a second round bludgeoning of another common opponent, Derek Brunson.