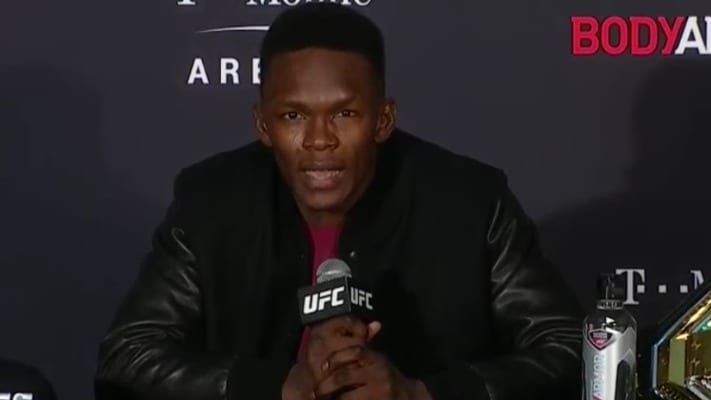 UFC Middleweight champion Israel Adesanya will be putting his commentary chops to the test during the upcoming bout of two of Boxing’s greatest, Mike Tyson and Roy Jones Jr.

In his interview with Barrasso, Adesanya expressed his thankfulness for getting the opportunity to be there, sharing that he never thought he’d see Tyson compete again.

“Mike’s been retired for so many years, so this is something I never thought I’d see again. But as soon as I saw a clip of him training, I thought, ‘What the f***? Mike Tyson is banging again.’” Adesanya said to Barrasso.

Adesanya continued predicting that we will not see an exhibition match as advertised, instead, we will be treated to the pair of boxing legends “gunning for each other.”

Extremely grateful for the opportunity, Adesanya shared that both competitors are people he looks up to and fighters who styles he has studied sharing that he would watch both fighters compete before he would compete in kickboxing.

“I used to watch their highlights before my kickboxing fights just to fire myself up because I was such a fan. I can’t wait to be on this call with ‘Sugar’ Ray Leonard and shoot the s*** about fighting and share some of my insights, as well.” Adesanya said in his interview with Sports Illustrated.