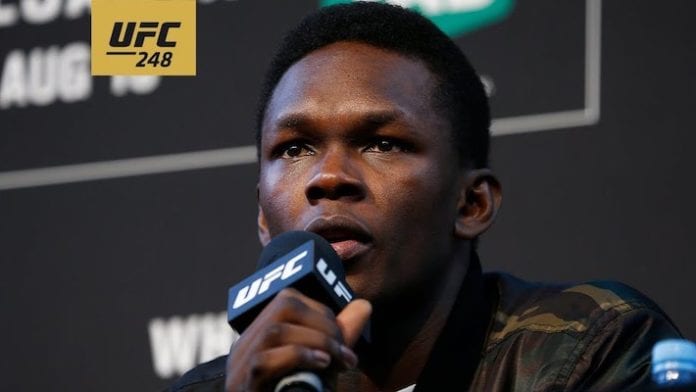 Israel Adesanya still wants to fight Jon Jones even though “Bones” has moved up to heavyweight.

“I still have that in mind, it’s still part of my plan,” Adesanya said at virtual media day (via MMAFighting). “But let me ask you this, how many years has Jon Jones been in the UFC? And he only just moved up in weight, right?

Before any of that can happen, Israel Adesanya will need to beat Paulo Costa at UFC 253. It is no doubt a dangerous fight, but for Adesanya he doesn’t think the Brazilian is as good of a striker than any of his past opponents.

“Yeah, he’s not the best striker I’ve fought, but he’s dangerous, though. That’s one thing you have to remember. But he has to remember, so am I.”

Would you want to see Israel Adesanya vs. Jon Jones?