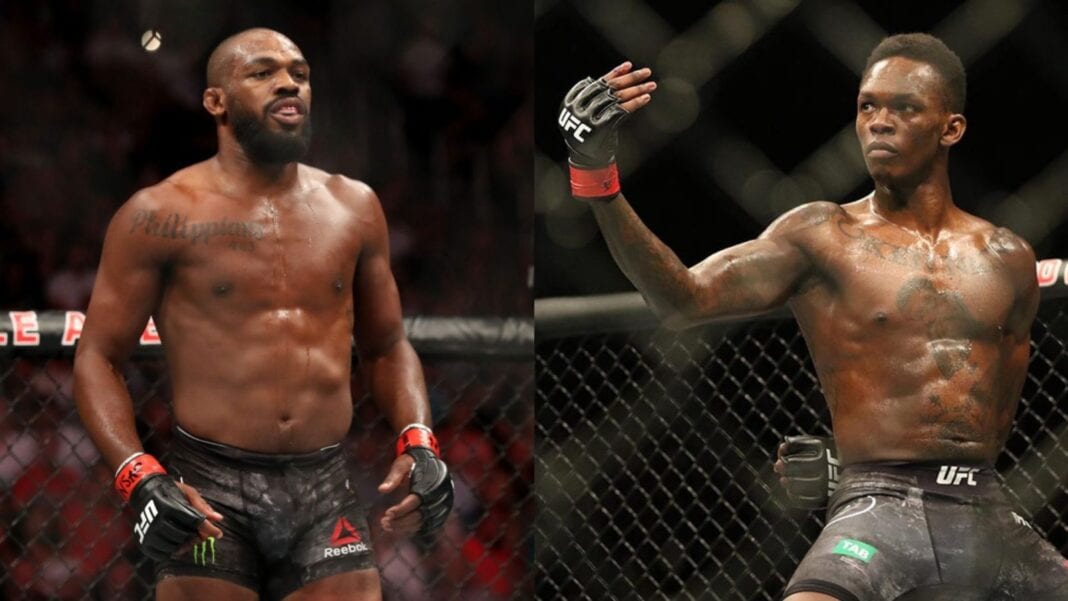 Middleweight king Israel Adesanya and former Light Heavyweight champ Jon Jones have been in quite a war of words on Twitter this week, with each day seemingly being more explicit than the last.

While their past trash talking is well know, it only enhanced since Adesanya finished Paulo Costa in a dominating performance at UFC 254. Since then, the former UFC light heavyweight king has proceeded to taunt the middleweight champ with multiple accusations including steroid use.

“I was playing cod. I will bust a fat night tonight. Bet Jonathan looks in the mirror when he jerks off. He probably needs gas station dick pills for that too. Ol’ limp dick can’t get it up mofo.”

Adesanya then went on to dub Jon Jones as a “pathetic weak excuse for a man”, citing ‘Bones’ previous struggles with staying clean.

This feud is certainly elevating and heating up by the day. The more each of these men win, the bigger and more intense this feud will get. A potential grudge match between these two champions seems inevitable, but with Jones moving up to Heavyweight recently, it could be cause for a delay in the matchup. It would certainly make for one of the biggest fights in MMA history, that we do know.

Do you think we will see Jon Jones vs Israel Adesanya? When do you think it will go down?