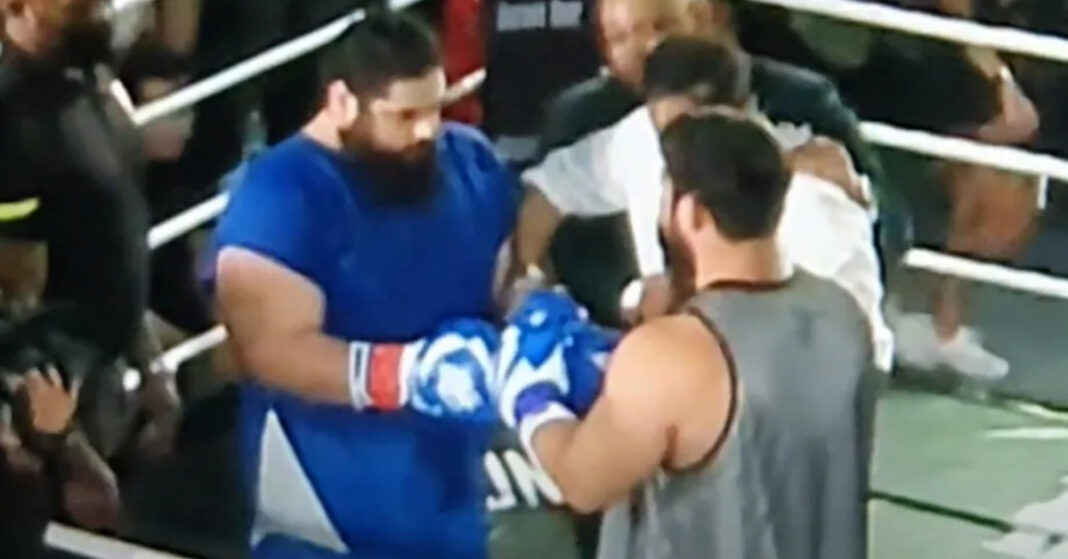 The Iranian Hulk, who garnered much attention over the course of the last 18 months to two years, was initially scheduled to fight against British powerlifter and strongman, Martyn Ford under the KSW banner, however, the matchup was infamously cancelled.

READ MORE:  Danielle Kelly On Grappling Match With Carla Esparza: 'I Made Her Bleed More Than Rose'

Lacking any real technical striking over the course of the single round affair, the Iranian Hulk was largely out-struck by the Kazakh Titan in the first frame, before the officiating referee called a halt to proceedings.

Turning his back and shied away from the offense he was receiving, the Iranian Hulk was offered and utilized a bizarre one minute timeout in order to collect himself, before he was eventually dropped by the Kazakh Titan, with the referee eventually then calling a permanent halt to the bizarre bout.

Discouraged from ever competing in professional combat sports again off the back of his loss to the Kazakh Titan, the Iranian Hulk was backed to fight the aforenoted, Ford on multiple occasions, however, the latter consistently questioned the condition of his would-be opponent. And speculated that the Iranian Hulk would fall into a negative mental state off the back of their proposed matchup.

This latest freakshow sort of combat sport outing comes off the back of a notable influx of these types of fights over the course of the last year, which also includes a slew of one-on-two, or intergender mixed martial arts fights and boxing affairs held under the banners of Polish and Russian-based promotions. 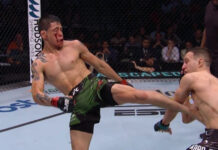 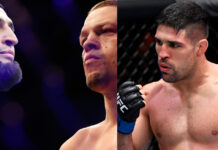 Exclusive | Vicente Luque Gives His Prediction For Khamzat Chimaev vs. Nate Diaz: “He Still Can Go Out There & Surprise Everybody”