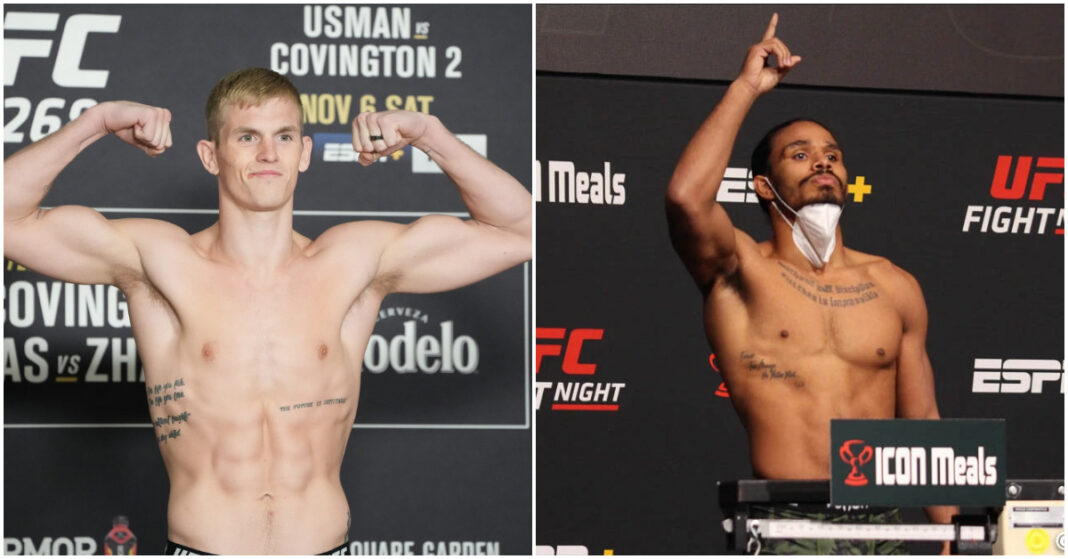 It is being reported that undefeated Irish Prospect Ian Garry will make his second appearance in the UFC octagon on April 9 in Jacksonville against Darian Weeks.

The announcement came early Wednesday morning when Weeks’ management team, Iridium Sports Agency sent out a tweet confirming the bout was a go but it has since been taken down.

Garry currently trains with an all-star cast of characters at Sanford MMA in South Florida after moving to the USA permanently from his native Dublin last year. ‘The Future’ made his highly anticipated debut with the promotion at UFC 268 in November, finishing Jordan Williams with a first-round TKO victory.

Garry fell behind the eight ball early to Williams but as the opening round came to a close, he stepped back and landed a stiff right to Williams’ jaw, ending the fight with no need to follow up on the ground.

Garry entered the UFC with a record of 7-0 after making a name for himself under the Cage Warriors banner. Over the years, Cage Warriors has acted as a farm system for the UFC, grooming fighters like Conor McGregor and most recently Paddy Pimblett into stars before making their big league debuts.

Weeks is also coming off of his promotional debut which took place at UFC Vegas 44 in December. Unfortunately, things didn’t end up going as planned for the Sedalia, Missouri native as he fell via unanimous decision to veteran Bryan Barberena.

He fought with Legacy Fighting Alliance before signing a UFC contract and is 6-2 as a pro coming into the contest. He will look to get back on track with a victory but getting past a rising star like Garry will be no easy task.

Do you think Ian Garry continues his rise to MMA stardom or do you see the potential for a Darren Weeks Upset here?