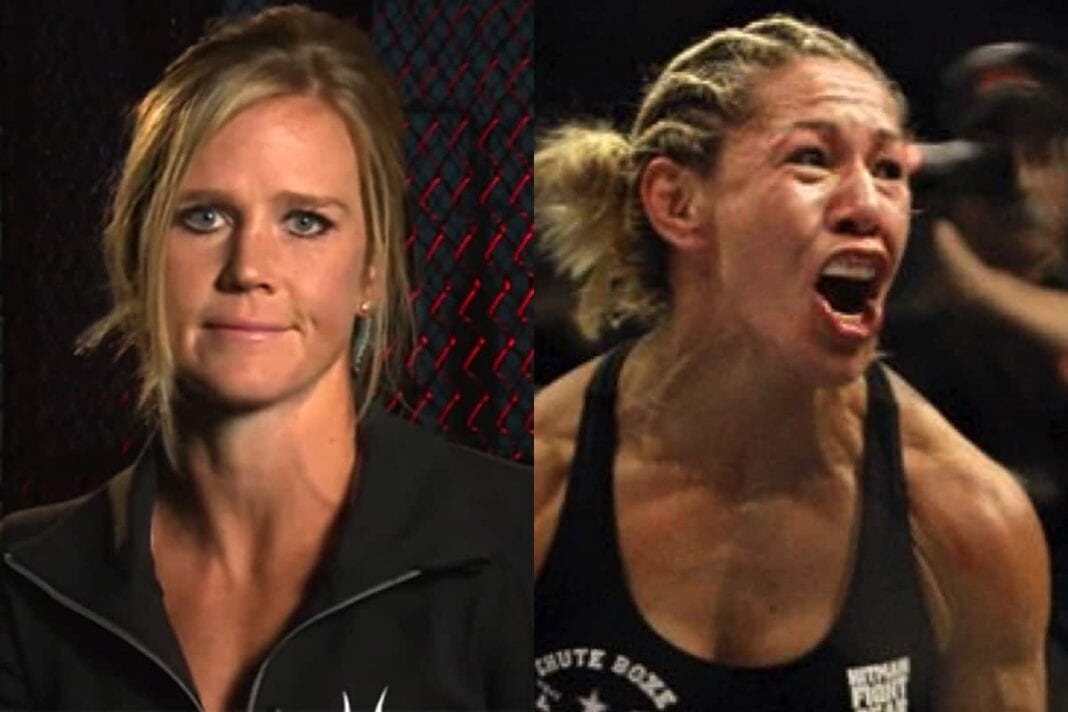 This will be Holm’s first performance since surrendering her title in a submission loss to Miesha Tate last March. “The Preacher’s Daughter” was hoping to receive an immediate rematch with Tate, but “Cupcake” will instead face off with Amanda Nunes at July 9’s UFC 200.

Many were surprised when Holm was booked against Shevchenko, and it appears as if she was actually offered another high profile fight: a catch weight bout with Invicta FC featherweight champion Cris “Cyborg” Justino.

Justino recently destroyed Leslie Smith at UFC 198 in her Octagon debut, but a bout between herself and Holm would’ve been massive.

Recently speaking on the matter, Holm admitted that she turned down the bout with “Cyborg” simply because she was hoping to land the rematch with Tate. The former champion also very clearly stated that she’d be willing to fight Justino at any weight:

“I’m not even stuck on the 135 compared to 140, that’s not really a big thing for me. They did call me for the fight, that is definitely true. I was so focused and I really wanted to see if I was going to get that rematch for the belt because that is where my passion was really facing. And that was around the time they asked me for the fight with Cyborg and I was holding out to see if I could get the rematch. To me, I am not against fighting Cyborg, it just didn’t really seem like the right time. In boxing, I fought in three weight classes, so I am not opposed to fighting at 140. I actually think Cyborg might make 135, who knows. But that could be an option for the future. I am actually very happy for her victory. I really like Cyborg, I think she’s a great gal.” Holm told 120 Sports.

Would you like to see “The Preacher’s Daughter” do battle with the Brazilian slugger in the future?