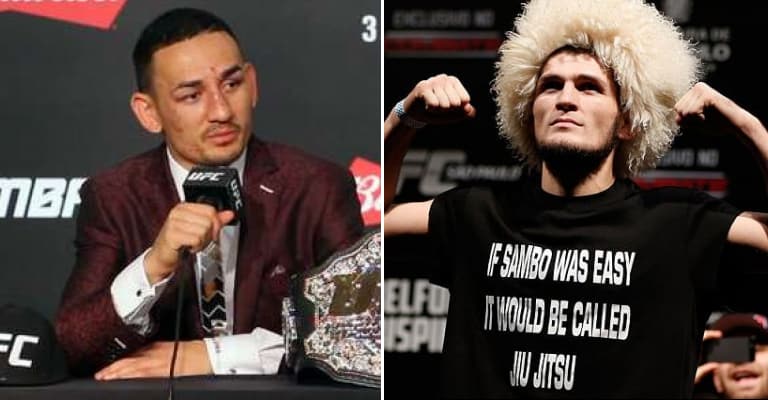 Max Holloway and Khabib Nurmagomedov got rather lively at Wednesday’s press conference in Brooklyn just days ahead of the lightweight title fight at UFC 223.

Nurmagomedov was complementary of Holloway’s featherweight run, but made a point of differentiating his reason to fight from his opponent’s:

“I want to explain to you guys the difference between money and legacy. He fights for money. I fight for legacy. It’s different.”

Holloway exuded confidence heading into what could be the biggest fight of his life, one that he only took on six days notice against a bigger, undefeated opponent.

“Yes! One-hundred, I wouldn’t be sitting here if I didn’t. Who in their right mind goes into a fight they think they’re going to lose? I would have made good money defending this (featherweight) title. I would have waited a couple of months. This is a legacy fight.”

Who do you see leaving UFC 223 with the lightweight belt?